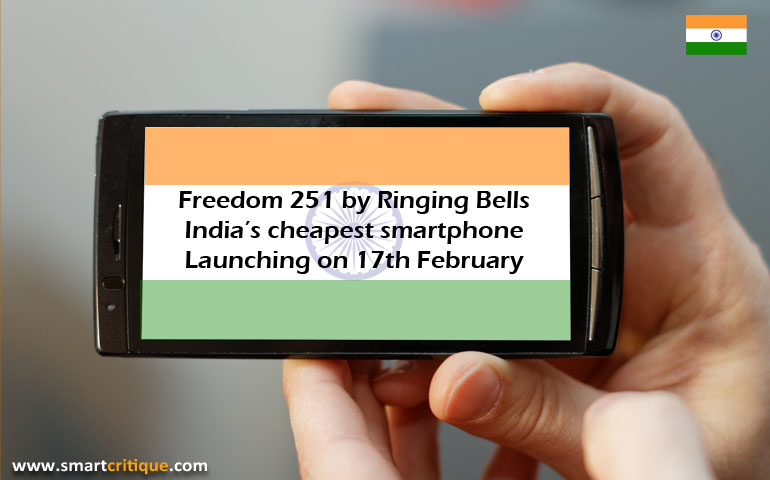 The Indian market is the second largest in the world after the Chinese one, which means there are hundreds and hundreds of millions of people willing to buy things. The problem, however, is that India is not really a rich country so if you can offer something great at a low cost, you can make tons of money.

This is what Ringing Bells, an unknown Indian company, will do. Ringing Bells plans to launch a new smartphone, which costs just USD 7 (yes, seven). The device is called Freedom 251 and when launched, will become the cheapest smartphone in the world. The handset has been developed with help from the Indian government and will target people with really small monthly budgets. The name of the smartphone – Freedom 251 – hints that the device will give people the freedom to talk on the phone no matter where they are.

Unfortunately there’s no information on the smartphone’s specs. They will be revealed when the device gets launched, which will happen at an event held along with Indian officials scheduled for February 17. Still, despite the low price, the smartphone may be something worth looking at. Previously Ringing Bells launched the Smart101, a LTE-enabled smartphone, which costs USD 44. The Smart101 has a 1.3 GHz quad-core processor, 1 GB of RAM, 8 GB of internal memory and a 5-inch display.