Announced at Nokia World 2010, the Nokia C7 Symbian^3 smartphone has started shipping to customers around the world. 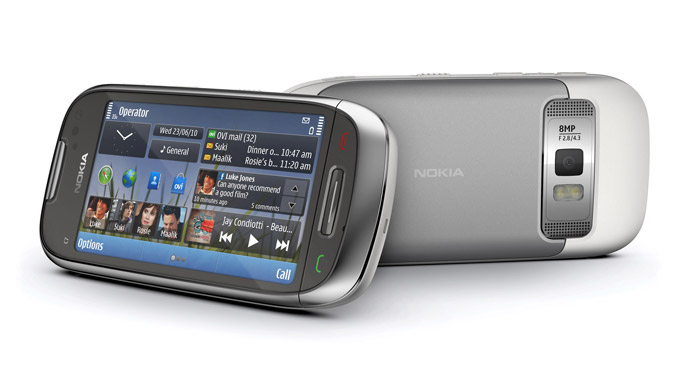 Announced as a “social-networking centric device”, the smartphone also feature easy access to the most popular social sites directly to the home screen, as well as one touch access to many email accounts. The C7 is available in Charcoal black, Mahogany brown and Frosty metal, and will costs €335 before applicable taxes or subsidies.