Nokia fans, especially in Asia and Russia, have a reason to rejoice as the Finnish technological giant has announced the first shipments of its stylish and modern Windows Phone 7.5 Lumia 710 smartphone. Over the next few days the phone will be on sale in Singapore, India, Hong Kong and Russia. Unfortunately these are the first markets the smartphone will appear on, with more later down the road.

Expected price is 270 Euro without taxes and fees. 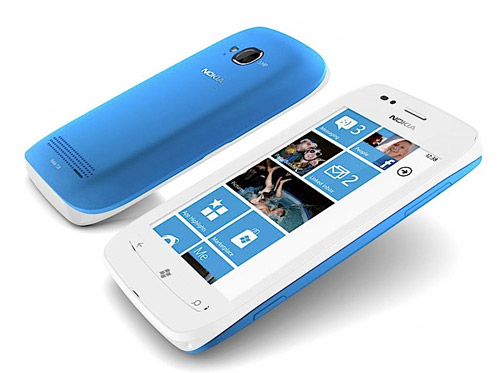 The Lumia 710 features the same 1.4 GHz processor found in Lumia 800 and comes with a 3.7-inch WVGA screen and a 5-megapixel rear camera. Storage is limited to 8 GB but can be expanded via a microSD card slot that can accept cards with capacities of up to 16 GB. Other extras include physical navigation keys which are likely to please fans of tactile feedback. Available colors include black and white with multiple colored backplates for those who can’t decide on the color.