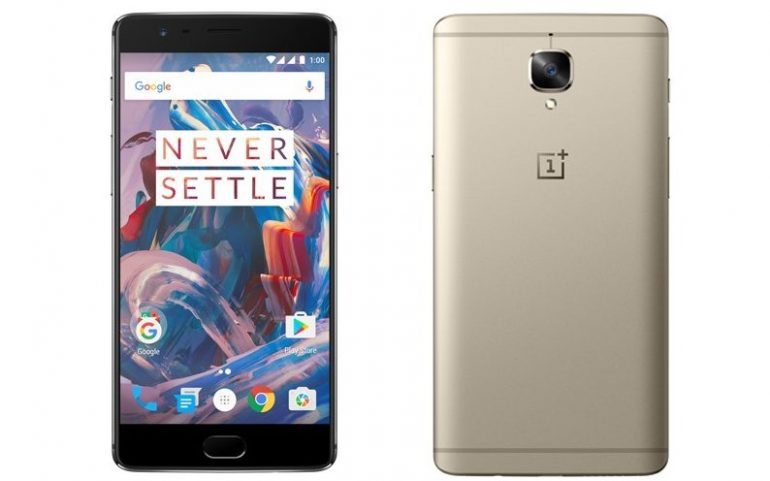 The maker of smartphones OnePlus has just presented a new communicator called OnePlus 3. The new device will target mostly customers in India but it may also appear on other markets. In India the smartphone will be sold by Amazon.

The device impresses with its tech specs so let’s hope to see it around the world. The smartphone features a 5.5-inch Optic AMOLED display at Full HD resolution and the mighty Snapdragon 820 processor. In addition to this it has 6 GB of LPDDR4 memory and 64 GB of non-expandable internal memory. The smartphone also boasts a 16 MP rear camera that is based on a Sony IMX298 sensor and that features optical stabilization. The front camera sports a Sony IMX179 sensor and sensitivity of 8 MP. In addition to this the new OnePlus 3 handset features a fingerprint reader, support for two SIM cards, a USB Type-C port, NFC and a 3000 mAh battery. The smartphone, which measures 152.7 x 74.7 x 7.35 mm and weighs 158 grams, runs Android 6.0.1 Marshmallow under the Oxygen user’s interface.

Unfortunately the OnePlus 3 is not that cheap – the smartphone sells for around EUR 400. There may be a version with 4 GB of RAM that will not be as expensive but this remains to be seen.