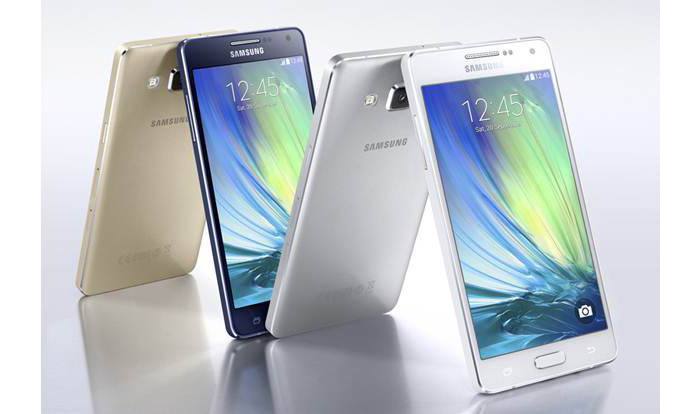 Just a week or two ago Samsung announced several second generation Galaxy A smartphones, which include the Galaxy A3, Galaxy A5 and Galaxy A7 handsets, with one more device called Galaxy A9 in the rumor mill. However, something extraordinary has just happened – instead of announcing the rumored Galaxy A9 smartphone, the Korean tech giant has announced a new Galaxy A8 handset, creating tons of confusion on the market.

The new device has been unveiled in Japan but despite the announcement there’s nothing new in there – it appears that the new Galaxy A8 smartphone is a local Japanese version of the already existing Galaxy A8. The only change in the new version is that it uses a Snapdragon 615 SoC instead of the Exynos 5433 processor by Samsung but all other tech specs are the same so you get a 5.7-inch Super AMOLED display at Full HD resolution, Adreno 405 graphics, 32 GB of internal memory and 2 GB of RAM, a microSD slot (up to 128 GB), a 16 MP rear camera and another 5 MP front one, 802.11ac Wi-Fi, Bluetooth, a 3050 mAh battery and Android 5.0.1 Lollipop. The device will be available in white, gold and black colors later this month.

It is not clear how much the new Japanese version costs as of now.