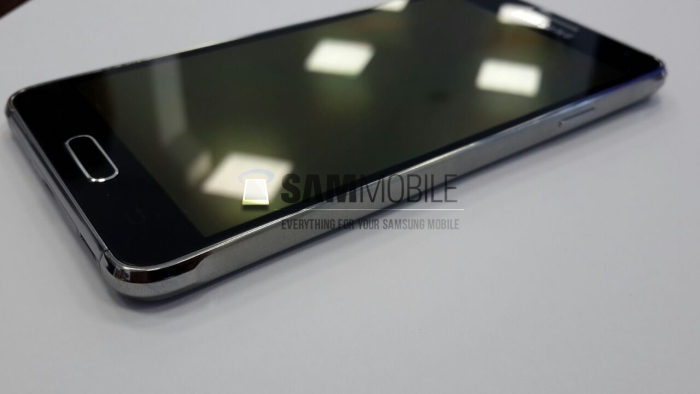 The famous smartphone maker Samsung appears to plan a new line of smartphones, known as Alpha. The most important feature of the new rumored line is that all smartphones that will belong to Alpha will come with metallic chassis.

The first pictures of the first Galaxy Alpha smartphone have been now leaked online and they show a device that does indeed have a metallic chassis, although only covering the smartphone trims. The device reportedly has a 4.7-inch display at 720p resolution, a fingerprint scanner, 32 GB of internal memory (although it cannot be upgraded) and an Exynos 5 Octa or a Snapdragon 800 processor.