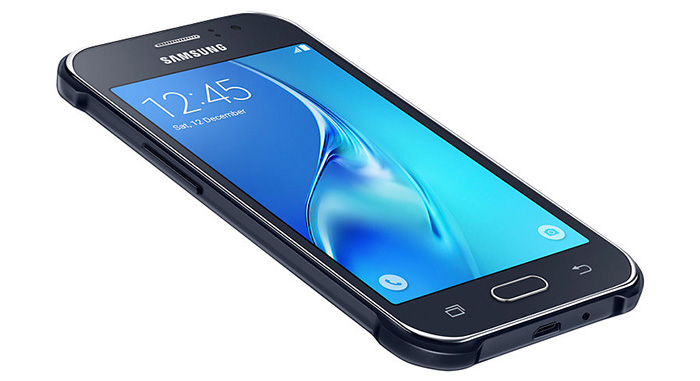 The South-African branch of Samsung has included a new Samsung smartphone into its catalogue. The new handset is called Galaxy J1 Ace Neo. It is a budget unit but despite this there are some nice features in the tech specs list.

The Galaxy J1 Ace Neo measures 130.1 x 67.6 x 9.5 mm and weighs 131 grams. The communicator is equipped with a 4.3-inch Super AMOLED display that works at 800 x 480 pixels. The device is powered by a quad-core processor at 1.5 GHz and it also sports 1 GB of RAM and 8 GB of flash memory that can be expanded. The specs list continues with the usual two cameras – there’s a 5 MP rear unit and a 2 MP selfie camera up front. Users of the Galaxy J1 Ace Neo will also enjoy a second SIM card slot, Wi-Fi, Bluetooth 4.0 and a 1900 mAh battery that should be good for up to 10 hours of video playing.

There’s no information how much the Galaxy J1 Ace Neo costs but we do not expect a high price for this smartphone given its nature.