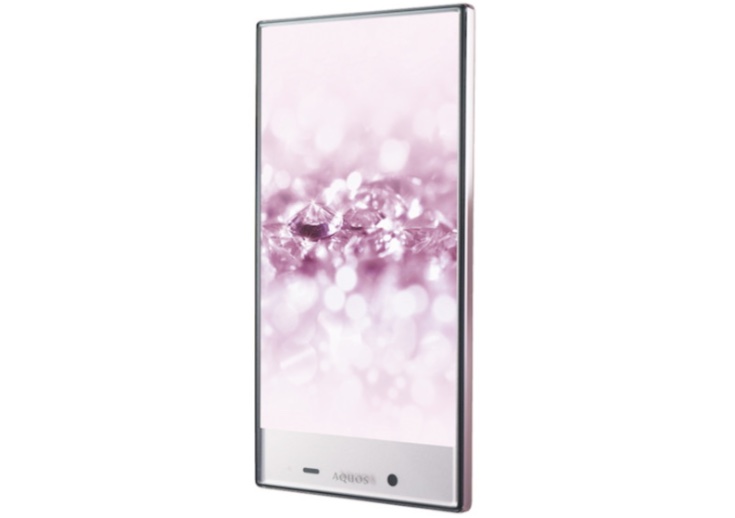 The Japanese Sharp has presented the successor of last year’s Aquos Crystal smartphone. As it happens in many cases the device is called Aquos Crystal 2 but its main feature lies elsewhere – the smartphone does not have bezels.

The new Sharp Aquos Crystal 2 measures 136 x 71 x 11 mm and weighs 154 grams. The handset will be available in four colors that include pink, black, white and turquoise. The chassis, which is dirt- and water-resistant, houses a Qualcomm Snapdragon 400 (MSM8926) quad-core processor at 1.2 GHz, Adreno 305 graphics, a relatively large 5.2-inch sensor S-PureLED display at 720p resolution (1280 x 720 pixels), 2 GB of RAM, 16 GB of internal flash memory, a microSD card slot, one rear 8 MP and another front 2 MP cameras, 802.11n Wi-Fi, Bluetooth 4.0, a LTE modem, a 2030 mAh battery and Android 5.0 Lollipop. It is worth noting that the front camera of the Sharp Aquos Crystal 2 is located at the bottom of the front panel.

The new Sharp Aquos Crystal 2 will officially debut in July of this year. The price of the smartphone is unknown.