Sony’s Facebook fans were the first in the world to have a glimpse of the all-new and upcoming Xperia Miro smartphone, which the Japanese electronics giant unveiled for the first time in the social network.

The Xperia Miro was scheduled to be unveiled a bit later but the popularity of the phone on Facebook and the numerous Facebook “likes” prompted the company to show it off a little early. 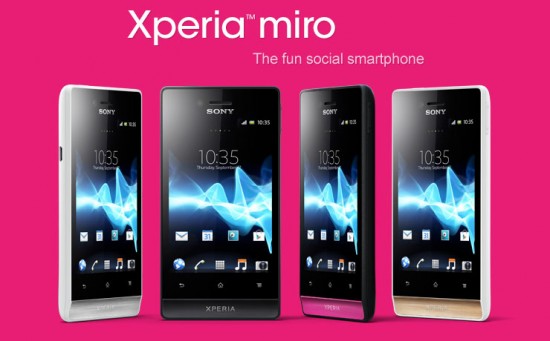 Don’t expect a new tech marvel however – Sony unveiled just a little info on its specs and looking at the Xperia Miro it seems it will be just a casual everyday mid-range smartphone for the masses. Specs-wise the Xperia Miro packs a 3.5-inch display, a 5 MP rear camera with a second front-facing camera, the latest Timescape UI and Android 4.0 Ice Cream Sandwich.

The rest of the specs were left for the official launch day, which will be later this year but Sony did not specify when.