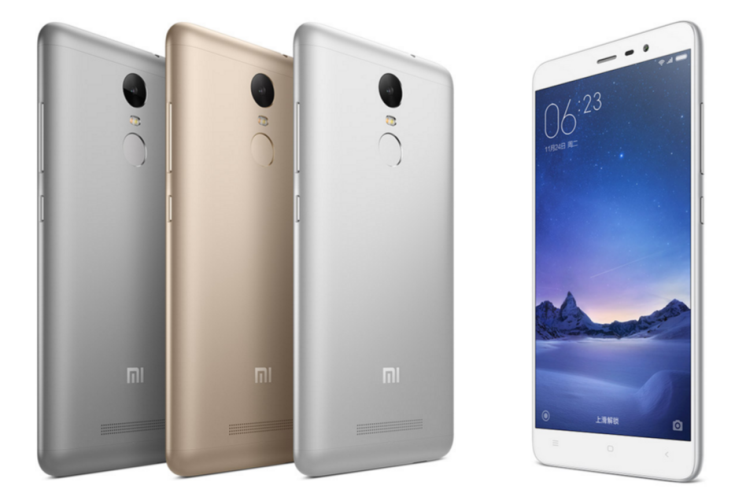 The new Xiaomi smartphone looks like the older Redmi Note 3 a lot and even the chassis are the same – they measure 150 x 76 x 8.65 mm and weigh 164 grams. Given the dimensions of the new Redmi Note 3 Pro, the smartphone comes with the same 5.5-inch display seen in the Redmi Note 3 and the same 4000 mAh battery. The main difference is in the processor inside – the Redmi Note 3 Pro is the first smartphone to come with the new Qualcomm Snapdragon 650 SoC, earlier also known as Snapdragon 618. The chip has two Cortex-A72 cores, four Cortex-A53 cores and Adreno 510 graphics. In addition to this the rear camera has been improved as well – the Redmi Note 3 Pro now boasts a 16 MP sensor with an aperture of F/2.2 and wide 78-degree viewing angles. The new handset is available in two versions – the first one has 2 GB of RAM and 16 GB of internal memory, while the second version sports 3 GB of RAM and 32 GB of flash memory.

The new Xiaomi Redmi Note 3 Pro will be in stores on January 17. The handset will sell for USD 150.