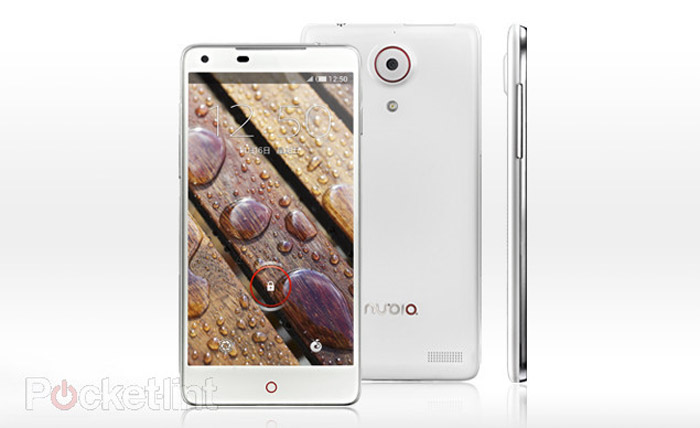 Having been leaked a while ago, now ZTE’s Nubia Z5 smartphone is official, following a release by the Chinese smartphone maker.

Starting with the specs, the Nubia Z5 is powered by a quad-core 1.5 GHz processor and sports a 5-inch 1080p touchscreen display with 443 ppi (pixels per inch), which beats Apple’s Retina display with its 326 ppi. In addition users will get a 2300 mAh battery and Android 4.1 Jelly Bean. Other specs include a rear 13 MP camera with LED flash with panoramic and continuous shooting, a front 2 MP camera, 2 GB of RAM, 32 GB of on-board storage, Dolby Sound technology and free backup to a cloud storage service.

In China the ZTE Nubia Z5 will sell for USD 554 with the worldwide pricing still unclear.

Furthermore at CES 2013 ZTE will unveil a new smartphone known as Grand S. This one will boast a 5-inch display housed in a chassis that measures just 6.9 mm. The Grand S will also offer a rear 13 MP camera and rumored Qualcomm Snapdragon S4 processor as well as 2 GB of RAM. In China the Grand S is expected to cost USD 449 without a contract, which is a pretty good price.