This breakthrough is achieved by the fine pixel fabrication process technology and Sony also claims that have solved some issues such as color mixture among smaller unit pixels by implementing a unique formation of photo diodes optimally designed for fine pixel structure to make possible such CMOS image sensor with high resolution, high sensitivity and low noise. Sony also announced second image sensor (IMX105PQ), which offers 8.13 effective megapixel resolutions and unit pixel size of 1.4μm. Both sensors are capable of shooting 1080p at 30fps and 720p/60fps with “dramatically improved photographic performance including significantly high sensitivity and low noise.” 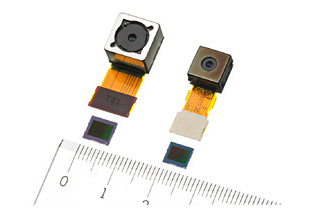