JVC adds the RSAL2 anamorphic lens and RSVP2 processor to its Reference Series line for use with its renowned DLA-RS2 projector, providing the highest quality 2.35 Cinemascope® movie viewing experience without letterboxing.
The RSAL2 combines a precision quality 1.33x anamorphic lens with a linear actuator mechanism that moves the lens in and out of the light path of the DLA-RS2 projector, and a custom engineered mounting plate for easy installation . The lens can be deployed from a 12V trigger supplied by the projector, or by an external control system contact closure. It allows all of the projector’s resolution (1920 x 1080) and light output to be used when projecting films in the popular 2.35 aspect ratio format.

The RSVP2 is an advanced 1080p THX and ISF certified processing unit that forms the hub of a complete home theater system. Besides providing extraordinary image processing and scaling, the RSVP2 has connections for 4 HDMI 1.3 inputs, various analog and PC inputs, and triggers for the screen and anamorphic lens. A 14-bit processor allows for color space remapping to SMPTE-C equaling the current telecine mastering standards. 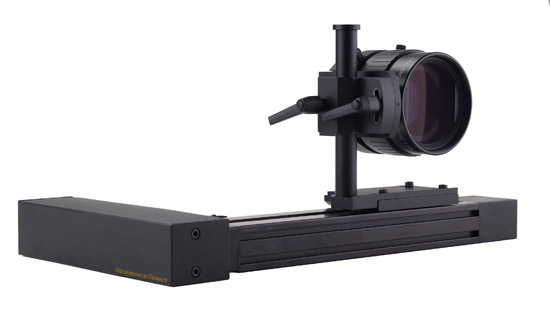