LG to ship first 55-inch OLED TV set in May 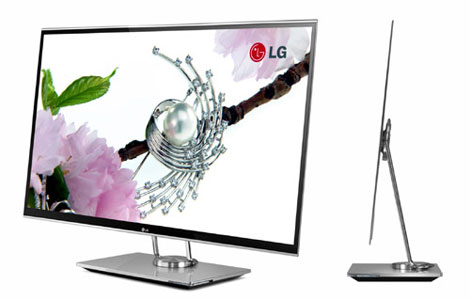 A few months ago LG nicely surprised CES visitors with its 55-inch OLED TV, showcased at the exhibition. Now the Korean company is making a step forward with the announcement that it will ship a 55-inch OLED TV, starting in May of this year.

Such a move would make LG the first company to launch a full-sized, OLED based television.

Right now it is not clear if LG will ship the same OLED TV shown at CES or debut an entirely new TV set. One thing is for sure though – the novelty will sport an ultra thin design and will weigh less than 17 pounds being at the same time 3D ready.

OLED is the next big thing in the world of television being superior to traditional LCD technologies in a number of ways and has been long considered the (almost) perfect mate for televisions. For starters, such screens don’t require a backlight because each pixel provides its own light source. As a direct result, OLED displays can be super thin, provide better contrast, deeper black, better viewing angles and do it all with considerably less power.

The only (huge) downside of the expected LG OLED TV is price – the device will cost nearly 8000 USD.