v-Pod: Beer and TV, Together At Last

Sure, most of us have enjoyed a cold one while watching TV. But there’s nothing worse than running off to the fridge during Sex and the City reruns the game. Now that hassle is over.

Because the Micro Matic v-POD is both your TV and your beer dispenser. Constructed of stainless steel and loaded with six faucets that can dispense anything from beer to beer, the v-POD already sounds like a must-buy for its $3,050 asking price. But the v-POD also features a 10-inch LCD with stereo speakers that can play back MPEG, MPEG2, MPEG4 and MP3 files off of your flash storage of choice.

Sure, we wish that display were a bit bigger. But when you’re curled up in the fetal position crying about your failings as a human being, even a 50-inch Kuro isn’t going to stop the pain. Lessen, maybe. Stop, no way 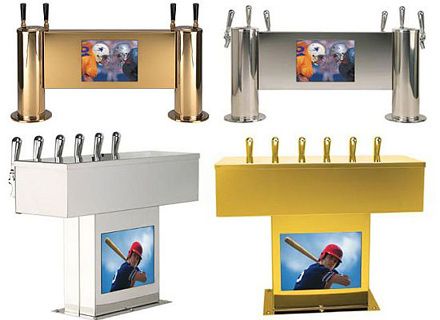 MSI announces support for Broadwell on its Z97 and H97 boards