JVC  introduced a pair of soundbar home theater systems, offering consumers a home theater sound solution to meet a range of budgets and needs. Among the two new systems is the world’s first dual wireless soundbar system that features a wireless subwoofer and wireless surround speakers. The other is highlighted by a super-slim soundbar and a thin, wall-mountable amplifier.

JVC’s new dual wireless soundbar system is the TH-BA3, a 280-watt, 5.1-channel surround sound system that includes a sound bar, wireless subwoofer and wireless rear speaker kit comprised of wireless left and right surround speakers and a wireless receiver. The sound bar contains four speakers – one each for the left and right main channels and two for the center channel. Also built into the sound bar is the power amplifier, surround decoding, system controls and the transmitter for the wireless surround speakers. It offers one analog and two optical digital inputs and decodes Dolby Digital, DTS and Dolby ProLogic II surround signals. 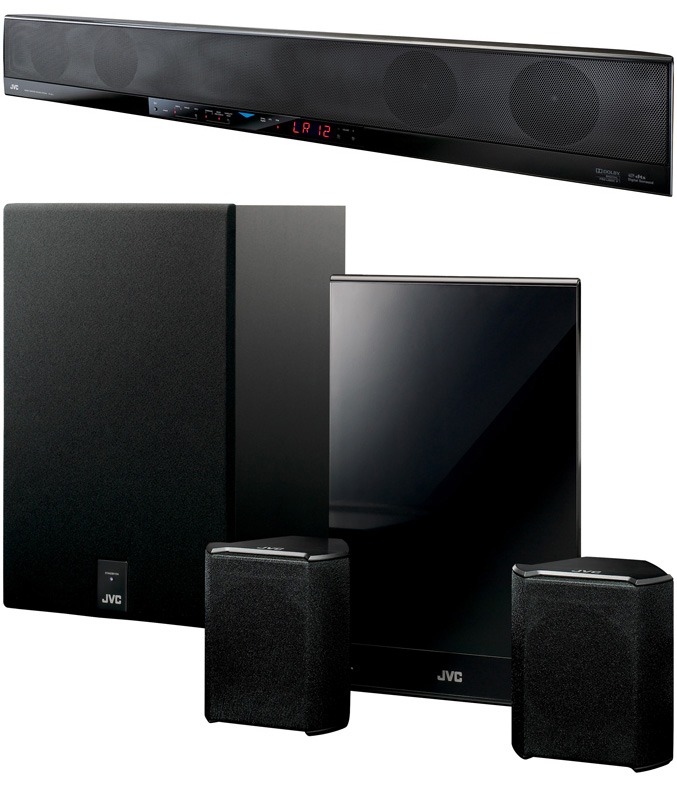 The new JVC TH-BS7 system is designed to match the slimmest of flat panel HDTVs. It includes a sliver of a soundbar that measures just 1.4 inches (36mm) tall, an even slimmer wall-mountable amplifier/control unit and a wireless subwoofer.

The 180-watt, 4.1-channel TH-BS7 owes its slim design to JVC’s own Direct Drive speaker technology that uses a unique voice coil design and strong neodymium magnets to deliver outstanding sound quality and a broad soundfield from a super-slim speaker. The design allows the TH-BS7’s soundbar to boast a frequency range of 200 – 20,000 Hz that falls to just 200 – 10,000 Hz at 360 degrees off-axis. The soundbar features four JVC Direct Drive speakers – left and right main channels and left and right surround channels – each driven by 20 watts. The two surround channels are processed using JVC’s Front Surround technology to provide a surround sound effect without the need for rear speakers. 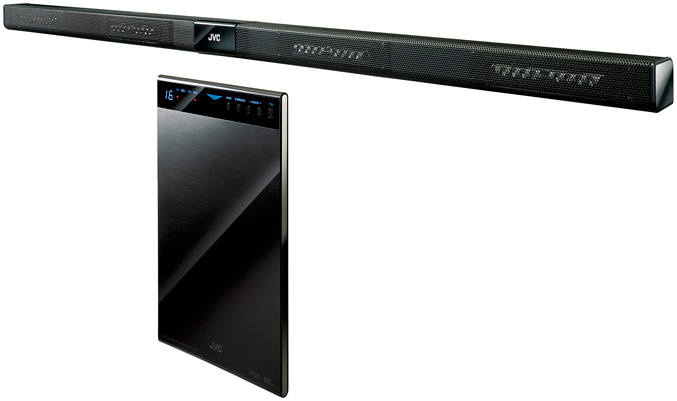 Complementing the slim design of the soundbar is the system’s amplifier/control unit. It measures just 1.2 inches deep and can be wall mounted. It decodes Dolby Digital, DTS and Dolby Pro Logic II, and offers one analog and three optical digital inputs. The system’s wireless subwoofer features a six-inch woofer powered by a 100-watt amplifier.