Logitech   announced that Logitech® Squeezebox™ network music players support online music from the award-winning music subscription service Napster®. Using your existing wireless home network and your Squeezebox player, now you can access Napster’s library of more than 7 million songs on the home-entertainment system in your living room, bedroom, or in any room where you listen to music.

“Logitech is delighted to add Napster to its family of online music services for the Squeezebox product line,” said Robin Selden, vice president of the Logitech Streaming Media group. “The Logitech Squeezebox is a Wi-Fi device, so you don’t have to string wires everywhere just to enjoy Napster away from the computer. Whether you love rap or reggae, Beethoven or classic rock, Napster and Squeezebox make it easy to listen to a world of music, streamed to any room in your home.”

Napster can deliver music, on-demand, through any Logitech Squeezebox network music player. Using Napster, you can choose from millions of songs from all major labels and thousands of independent labels, discovering old favorites and exploring new music from Napster’s playlists, new releases and Billboard charts.

“Napster, a pioneer of digital music, has always offered the ultimate in interactive music experiences, creating better ways to discover, share, acquire and enjoy music,” said Napster President Brad Duea. “Online music is growing more popular every day, and the link between Napster and a Logitech Squeezebox is a natural one. Together, Napster and Logitech are harnessing the potential of the digital world for music lovers everywhere.” 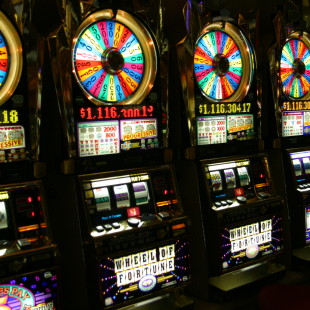 Have fun and play

A lot of online casinos are trying to entice the players with big promises of huge amounts of money and progressive jackpots, tournaments or bonuses. Many of these players deposit some or all of their savings and just lose them. Still, there are some of them who can maintain their lust for...

Some of you may have seen it coming already but it is now officially here – Google’s Android mobile operating system will soon find its place in cars too. In order to promote Android Google has launched the so called Open Automobile Alliance (OAA) that targets major automobile makers...