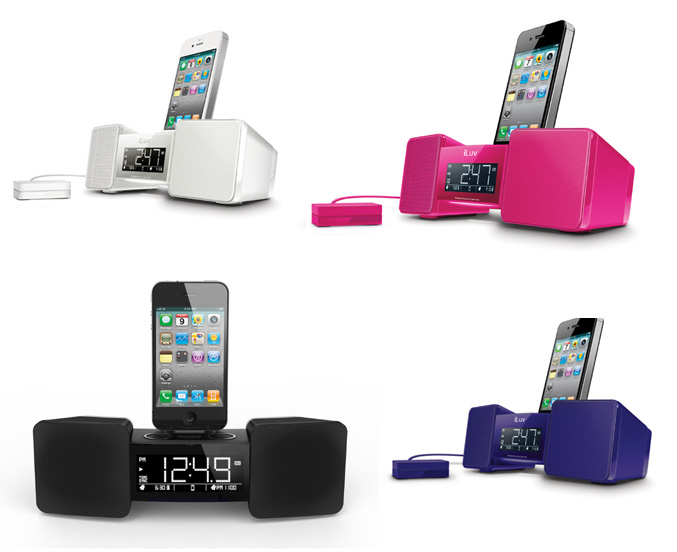 The iPhone and iPod are two of the most widely spread devices on the market, so the companies are trying to release any kind of deviceс and accessories for them, to catch up consumers attention. The company iLuv is one of them and has introduced its latest creation, an iPhone/iPod Alarm Clock Docking Station which along with standard features like, FM radio, alarm clock, dock station with charging capabilities, also offers a ‘Shaker’ features that is intended to wake up the heavy sleepers.

iLuv’s new alarm clock docks is called iMM155 Vibro II and will wake you up with your favorite songs from your iPhone or iPod, as well as to play and charge your Apple’s devices. It can be placed under your pillow and the Shaker’s powerful vibrations are guaranteed to wake up extremely heavy sleepers. The iMM155 Vibro II has LCD display with ten brightness level adjustment, programmable presets for 10 FM radio stations, also offers Time Sync feature that automatically sets time from your iPhone or iPod and has an auxiliary line input for any audio devices with 3.5mm jack.

The company also offers a free iLuv App at App Store, that will transform your ‘Vibro’ into an Internet Radio with over 40,000 stations, and a source for international weather.