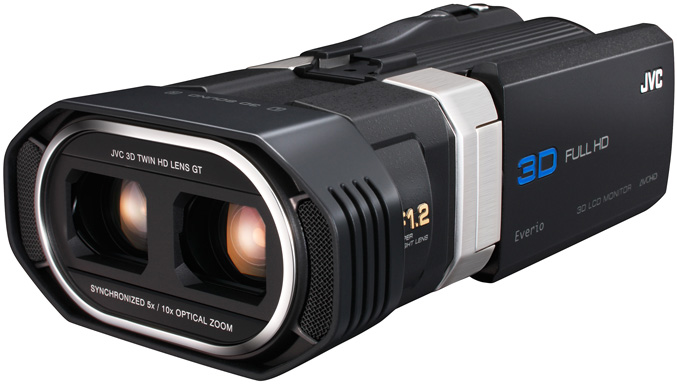 JVC revealed at CES the Everio GS-TD1 camcorder which they claim is the world’s first consumer camcorder to offer 3D recording in Full HD.

JVC GS-TD1 has 64GB internal Flash Memory with SD/SDHC/SDXC card slot and will be available in March for $1,999.95.

JVC has also announced the Everio GZ-HM960 camcorder, which is capable to convert 2D video into 3D and can be viewed on it 3.5-inch touchscreen without glasses, or by connecting the camcorder to an external 3D television. It packs 10.6-megapixel back illuminated CMOS sensors, f/1.2 lens with a 29.9mm wide angle, built-in Bluetooth technology that enables integration with other devices, such as smartphones, to synch images with Google Maps. GZ-HM960 also offers Full HD recording at a 24Mbps bitrate -AVCHD compression(but can’t  record 3D video),  10x optical zoom,  16GB of internal flash memory, SD/SDHC/SDXC memory card slots and will be available in February for $949.95. 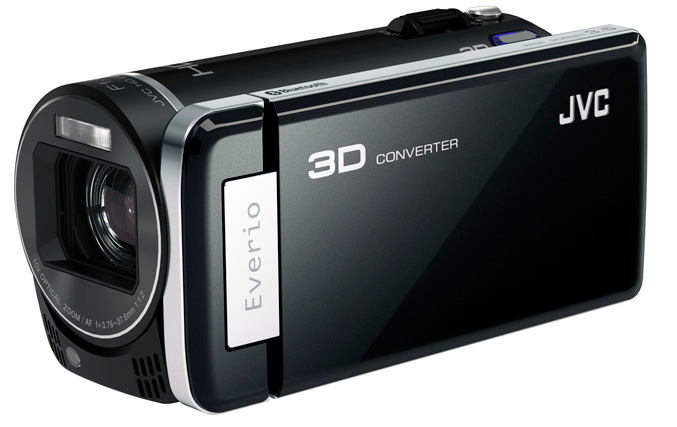