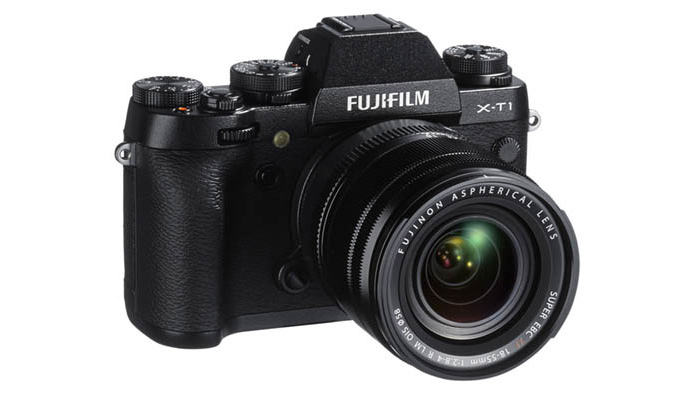 Fujifilm has proudly announced the latest addition to its long list of digital cameras – the X-T1. The newcomer is an interchangeable lens camera with two major improvements – Fujifilm claims that this is the camera that has the fastest Real Time Viewfinder at just 0.005 seconds and the highest magnification ratio at 0.77x.

The X-T1 goes further though – the camera packs weather resistant components with the lens being one of them, SLR-style handling and mechanical dials. The camera comes with a 3-inch 2.36m dot resolution OLED display, four shooting modes to choose from – Full, Normal, Dual and Portrait, a 16.3 MP APS-C CMOS II sensor, EXR II processor for instant image processing, wide viewing angles and more. All this is housed in a magnesium-based chassis. Due to its weather resistance the camera can be used at temperatures as low as minus 10 degrees Celsius. As expected the camera supports Wi-Fi too.