Panasonic today introduced the new LUMIX DMC-TS2, a successor to the company’s first rugged digital camera designed for active outdoor use, the LUMIX DMC-TS1. Featuring High Definition video recording capability, in the AVCHD Lite format, the new 14.1-megapixel LUMIX TS2 further strengthens its toughness when compared to its predecessor and is waterproof to 33 feet (10m), shockproof to 10 feet (2m), freezeproof to 14° F (-10° C) and dustproof*1.

“We have been very pleased to see that consumers found true value in Panasonic’s first rugged digital camera, knowing that they could take it on their outdoor adventures where it could withstand drops, water and dust. But even more, we saw that users enjoyed our LUMIX TS1 for their daily photo needs – they were able to take high-quality video and photo without worrying if they casually tossed it in their bag or used it in the rain,” said David Briganti, Senior Product Manager, Imaging, Panasonic Consumer Electronics Company. “The new LUMIX TS2 gets tougher and we expect it to be a key product in 2010, as its rugged features are becoming even more desirable for active users, especially with this year’s new freezeproof capabilities. Families will enjoy this digital camera, both for their own outdoor activities, vacations, but also so they can allow children to take photos without the anxiety they might otherwise feel of damage.” 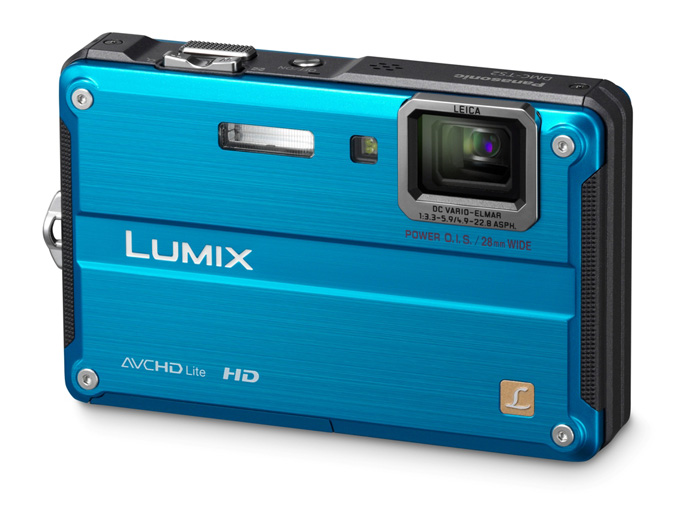 With its enhanced toughness, The LUMIX TS2 features an airtight body protected against water immersion, dust and sand. The new model is waterproof to a depth of 33 feet and dustproof, which can be attributed to its rubber padding and reinforced glass and carbon inside the camera. Furthermore, the LUMIX TS2’s cover panel for the LCD is thickened by 1.3x compared to the predecessor LUMIX TS1 to withstand increased pressure underwater. The LUMIX TS2 is shockproof, encased with shock-resistant material, and its folded optics design protects its lens when dropped during operation. Furthermore, the lens unit is protected by a supplementary damper to absorb the force from shock impact. Also, all components including the lens unit, have been tested to endure temperatures as low as14°F (-10°C). For increased durability, the Panasonic LUMIX TS2 will come with an optional silicon jacket that helps protect its exterior from scratches.

The Panasonic LUMIX TS2 features Sonic Speed AF (Auto Focus), which enables a super-fast response time, and a shutter release time lag as short as approximately 0.005 second. With the camera’s quick response, it is easier to capture sudden, spur-of-the-moment photo opportunities. Combining that with the Sonic Speed AF (Auto Focus) that lets users lock on the subject in approximately 0.24 second(wide-end) / 0.28 second (tele-end)*2 and the short startup time of approximately 1.1 second.

The Panasonic LUMIX TS2 features new image processing technology, Intelligent Resolution, which is incorporated in its Venus Engine HD II. With Intelligent Resolution technology, three areas – outlines, detailed texture areas and soft gradation – are examined pixel by pixel and automatically detected to enhance any degradation created during the digital zoom process or in high-sensitivity shooting, when details in an image tend to get lost in the noise reduction process. The outline areas are enhanced effectively to give the edges more clarity, while simultaneously giving a moderate accent to the textured areas so it looks accurately detailed. To the soft gradation area, such as a face, the increased noise reduction system of the Venus Engine HD II is applied to make it smoother. As a result of Intelligent Resolution, images are naturally clear and crisp in both photo and video recording. The Intelligent Resolution technology powers Panasonic’s new Intelligent Zoom feature, which extends the camera’s zoom ratio by approximately 1.3x while maintaining the picture quality – and enhancing the digital zoom and making it comparable to the quality of an optical zoom. Thus, with Intelligent Zoom, the Panasonic TS2 features a total zoom up to 6x. 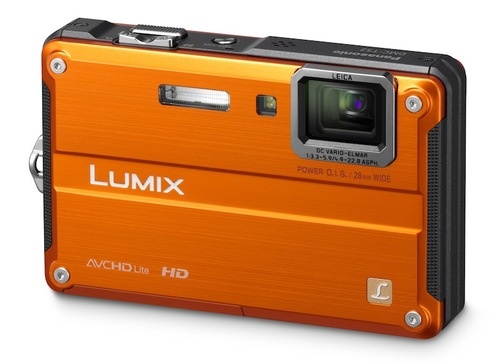 The LUMIX TS2 features a 28mm wide-angle LEICA DC VARIO ELMAR lens that extends to a 4.6x optical zoom, giving consumers great shooting range. The wide-angle lens provides flexibility for all shooting scenarios, especially useful underwater where movement is often restricted and the shooting angle becomes important for composing shots. The LUMIX TS2 features a 2.7-inch, 230,000-dot Intelligent LCD with a wide-viewing angle that ensures high visibility during recording and playback, thanks to its automatic brightness control depending on the lighting conditions. Also, the LUMIX TS2 features a built-in LED light, which is extremely convenient when shooting in dark situations, such as underwater.

Other technologies incorporated into the LUMIX TS2’s iA mode include:

Panasonic’s iA is also available in video mode, and it automatically selects the most suitable Scene mode and helps to reduce blur due to handshake and improves focus, brightness and exposure. In addition, iA in video mode features Intelligent Scene Selector, which automatically switches between Normal, Portrait, Macro, Scenery, and Low Light modes according to the shooting environment.

Other features of the Panasonic LUMIX TS2 include:

*1 When used according to Panasonic’s operating guidelines, waterproof to a depth of 10m and dustproof in accordance with IEC60529 standard. Shockproof from a height up to 2.0m in accordance with the “MIL-STD 810F Method 516.5-Shock” test standard. All components including the lens unit are evaluated to endure the temperature as low as -10 degrees C to make the TS2 freezeproof.

*4 Windows and the Windows logo are trademarks of the Microsoft group of companies.

*5 Based on the CIPA standard