General Imaging has released its 2009 lineup of digital cameras 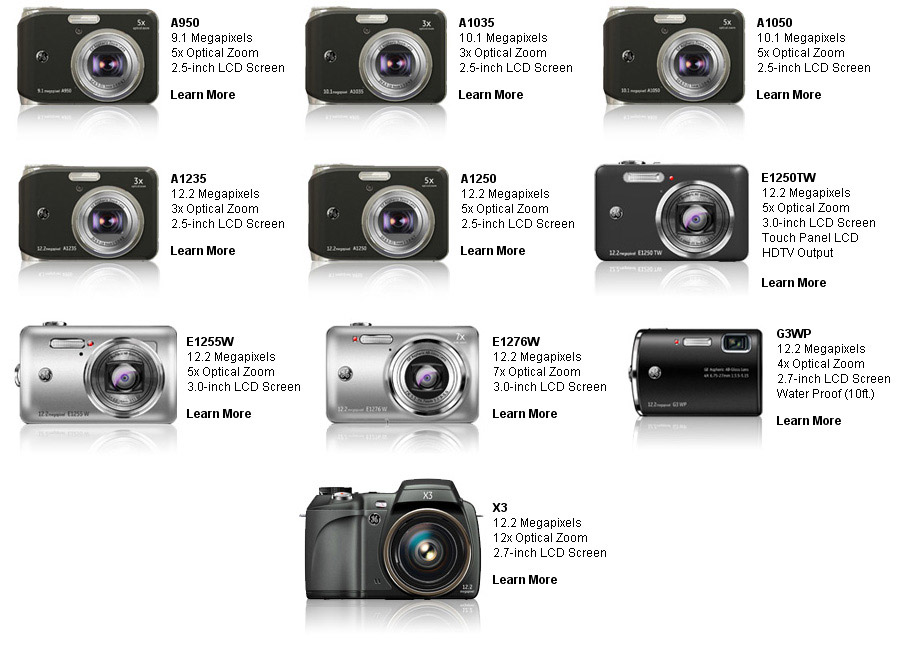 Each camera in the 2009 collection features at least 9 megapixels of resolution – with seven models boasting 12 or more – helping preserve all life’s memories with greater clarity. Ready for your close-up? GE cameras certainly are, as seven of the new models feature zooms of 5X or higher, including an impressive 12X zoom in the X3 to make those big smiles appear even bigger. 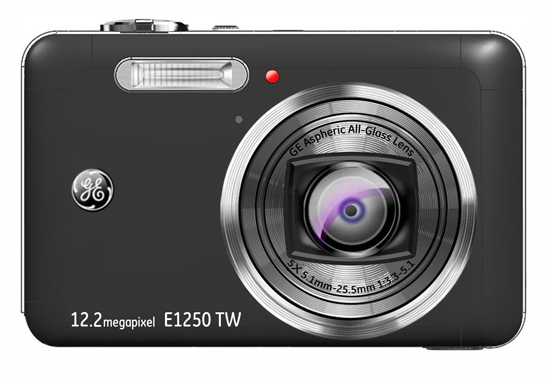 Waterproof – and hard to miss

GE cameras have always been a great fit for the active lifestyle, but the fun new G3WP is built to withstand swim parties, weekends at the lake, or rain on your parade. The G3WP is waterproof to a depth of 10 feet.

“This is our strongest lineup yet,” said General Imaging CEO Tom Haga. “We’ve got cameras for every lifestyle. GE digital cameras are slim, stylish and easy to use. We continue to offer an amazing feature set at an affordable price.”

Among the features on the 2009 GE digital camera line:

Pan-Capture Panorama. One of our most popular features just got even better. Our earlier panorama stitching feature allowed the user to seamlessly stitch together three photos into one extra-wide angle image. Pan-Capture Panorama is even easier, letting the user pan the camera across the scene while the engine automatically captures, determines overlap, and stitches the frames into a single panoramic picture.

Most of the popular features from earlier models are back for 2009, including blink, smile and face detection, auto-adjust brightness LCD, and in-camera red-eye removal. Three of the new models also feature 28mm equivalent wide-angle lenses.

Based in Torrance, Calif., General Imaging is the worldwide exclusive licensee for GE branded cameras. Unveiling its first cameras in March 2007, General Imaging has set a new precedent for high-quality, feature-rich cameras that offer excellent value.

For more information about these features and the entire line of GE brand digital cameras, go to www.ge.com/digitalcameras. See our complete online press kit at www.virtualpressoffice.com/kit/GeneralImagingPMA09.