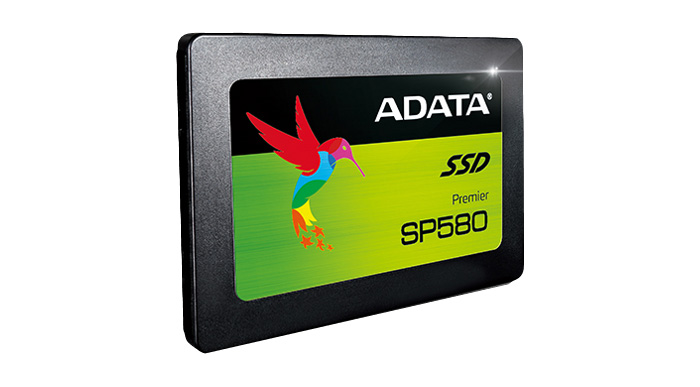 The Taiwanese memory maker ADATA has come up with a new solid-state drive line that the company has called SP580. The new SSDs are housed in 2.5-inch chassis and come based on TLC NAND flash memory, which hints of low price. To improve performance, however, ADATA employs SLC caching technology.

The SP580 solid-state drives are based on an unnamed Marvell controller and have full support for the newest SATA 3.0 standard. Surprisingly the line right now includes just two models – with capacities of 120 GB and 240 GB. The drives reach 560 MB/sec of sequential read speed and 410 MB/sec of sequential write speed. They also come with two new technologies developed by the Taiwanese memory maker – LDPC ECC for data errors control and Devslp for extra low power consumption. In addition all SP580 SSDs also feature a special adapter that increases the chassis thickness from 7 mm to 9.5 mm and ADATA’s special SSD Toolbox software that allows SSD monitoring.