There are numerous tasks in daily life that are deemed difficult and car parking is one of them, especially if you are not a good driver. Fortunately you can practice at home by using an app called Backyard Parking 3D.

The installation of the game is nothing special – the app is small-sized and can be easily and quickly installed. You will then see that Backyard Parking 3D strongly resembles other games of the same genre but even then this app features several improvements that we cannot overlook. For instance the game has a refined interface that is extremely easy to use. Second, there are various cars to choose from, although at first you are forced to start the game with a simple Volkswagen Golf car; later you can drive larger vehicles. In addition to that the graphics, which are 3D, are beautiful and if the app runs slowly on your Android device you can lower the settings to improve the framerates thus allowing a degree of flexibility.

The gameplay of Backyard Parking 3D is not much different than the gameplay of other games of the same genre. You have to successfully park your car in a certain spot but with each level the difficulty goes up. Even here you have some flexibility under your belt – you can hit your car three times before you fail a level but each hit costs you one of the three stars that you can have after finishing a level successfully and with no hits.

Other than that there isn’t that much else to say about this game. Backyard Parking 3D is like many other parking games but it is a more refined and improved version so if you have to choose one such game, choose Backyard Parking 3D – we think you will like it.

Here is the ultimate cellphone, totally awesome...but definitely be careful - don't press the wrong button while using it! We know what are you asking himself. Where is this for sale? If you find tell us immediately! 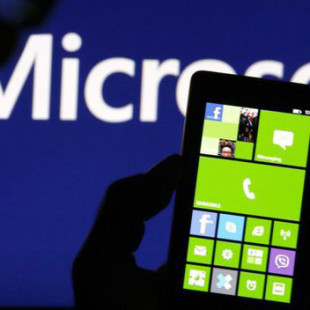 We’ve known for a few months now that Windows 10 will run on various devices and that Microsoft will introduce four new smartphones with Windows 10 later this year with two of them being Lumia 940 and Lumia 940XL. Thanks to GSMArena.com the tech specs of the Lumia 940XL have become known. The...