City Traffic Sniper Shooter 3D is a game for all shooter fans. In fact, when we think about it we haven’t had a shooter on our web page lately.

Despite the long description of the game on its Google Play page, City Traffic Sniper Shooter 3D will surprise you with its simple gameplay. The app does not even have a tutorial! The goal in the game is to score as high as possible and that’s about it. You will find yourself sitting on the roof of some building with a boulevard just right beneath you. So there are cars on the boulevard and you must shoot them all. The funny thing is that a single bullet always makes a car explode. When this happens you get a single point. Unfortunately there’s nothing else to do in this game so the gameplay will become very repetitive in just a few minutes. And this is definitely a downside since there’s nothing else to be said about this game. Ah, there’s one thing – you have an unlimited number of bullets.

City Traffic Sniper Shooter 3D comes with 3D visuals as the name of the app promises and we can say that they are good. The problem with this is that the visuals apparently require more graphics processing power so on older tablets or smartphones you might experience choppiness despite the fact that the graphics are not that detailed. The sound effects are simple, though.

Silicon Power, a leading manufacturer of various memory products, has released new 128 GB flash drives that promise to keep your files and free you from the hassle of having multiple flash drives but with smaller capacities. The new drives support both USB 3.0 and USB 2.0 and promise to keep...

Archos, the French maker of tablet devices, will begin offering a new bargain tablet that is the successor of the 7-inch Archos 70. The new device will be called Archos 70B and will ship with Android 3.2 for a price of 199 USD. Hardware specs are similar to other 199 USD tablets and include a... 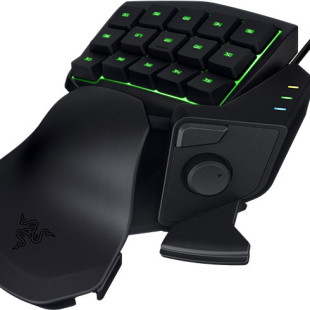 The US manufacturer of high-end gaming hardware peripherals Razer has released the new Tartarus Chroma gaming keypad. The novelty comes with tons of options and a really interesting design that may appeal to gamers. The new Tartarus Chroma offers 25 anti-ghosted, fully programmable keys, plus...