The name of the game says it all – Disney Magic Kingdoms will take you to another fantasy place where Disney characters will have to save the world once again. But what else does the game have for us?

Just like most other Disney productions Disney Magic Kingdoms comes with a long story behind that we will make a short one. In a few words there was a happy kingdom somewhere but unfortunately it became a victim of an evil sorceress. The kingdom is now under her evil spell and your task is to defeat the evil woman and free the kingdom by beating her curse. You will do this by playing as Mickey Mouse but a bit later you will be able to unlock more Disney characters that will help you along the way. The gameplay consists of numerous quests that you must fulfill in order and with each one of them you make a small step towards the kingdom liberation. The app is also full of options and features that allow you to upgrade Mickey, manage certain magical resources and more. Disney Magic Kingdoms also features really nice 3D visuals and nice music so you will not be disappointed here. In fact the visual and sound quality is what you would expect to see from a Disney production so there are no problems here.

Regrettably, Disney Magic Kingdoms has problems in several other areas. We will start with the installation process – the game is around 84 MB in size and this makes it a game that requires some space. The problem is that once you install this free Android game you will have to wait on the app to check its files for consistency, which takes some time, and then the game will download additional content before you can even start it. In addition the gameplay is linear and it feels like “go there, do that” all the time. After a while the fun is gone.

To sum it up Disney Magic Kingdoms is a nice Disney game that will appeal to fans of this famous cartoon movie studio. The game has many positive sides such as the graphics and the sound but it also has its fair share of problems. In any case the app will be liked by children who love Disney’s characters so there’s nothing wrong with this. But if you expect more serious gameplay and features chances are you will be disappointed so no wonder then that Disney Magic Kingdoms comes with a PEGI 3 rating.

Pressed by the competition and by a number of new and demanding games MSI has updated its gaming laptops with the newest and fastest hardware as well as other goodies. The MSI GT70 comes first in the line. The powerful gaming laptop now features the mighty GeForce GTX 675M that will rip...

Chess Free is what it is – a free chess game for everyone who loves playing this ancient game. The app is not large being just 6 MB in size so it must be a quick download. In addition once you get this game installed it will start in an instant. It will not offer you that... 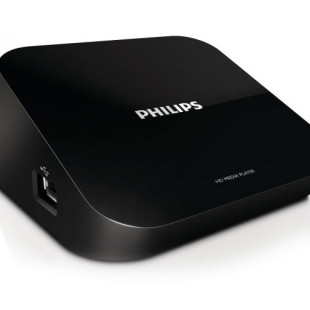 Philips is getting ready to launch this week a new set top box that has been designed to compete with Apple TV and the likes. The launch comes just in time with the announcement that Philips is preparing a new line of dual-view gaming HDTVs due out in Q2 2012. The new set top box - Philips...