Doodle Jump is another interesting and original game on Google Play. This app strikes with both simplicity and complexity – you will now find out what we mean.

We say that Doodle Jump is a simple app because it really is – there is a simple main menu and you can start playing the second you launch the app since there is virtually no loading time. In addition Doodle Jump lacks a tutorial – instead you get short descriptions of what’s what right into the game and off you go. The main goal of the game is to take your character as far (or we should say as high) as possible by jumping on objects which have the ability to remain floating in the air. In addition you have enemies on your way, but fortunately you have a gun too so shoot them! The enemies in the form of nasty creatures are not everything – there will be obstacles too so be careful with them. One wrong move will get you killed (you will fall to the ground and this is not a pretty picture) and then you will get your overall score and a button where you can start anew. This is it.

We can praise the game, though, since we liked it a lot. Why did we feel like this? First, Doodle Jump is a simple game and you can start playing it within seconds after you launch it for the first time. Second, the gameplay is addictive. And third, the game seems simple at first but if you get to play it for a while, you will see how hard it is at the same time. Combine all these features and you will get tons of fun.

So in a few simple words – you will likely have fun with Doodle Jump. The game is simple, free and addictive and all these things mean you will be playing it a lot!

Nokia has been going through tough times lately and the recent discovery that the current crop of Lumia smartphones won’t get an upgrade to Windows Phone 8 has added more pressure onto the ailing communications giant. Still, there’s light in the tunnel – sources close to Nokia now claim the... 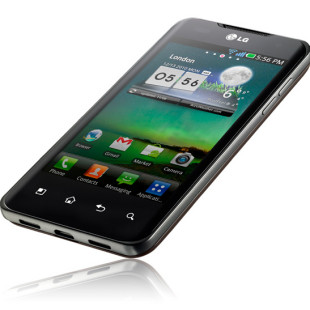 LG Electronics has introduced the world’s first smartphone with a dual-core processor - the  LG Optimus 2X.  It is powered by Tegra 2 SOC (system-on-a-chip) mobile processor which does, CPU, graphics and video functions and is developed by NVIDIA. The Tegra 2 includes a dual-core Cortex-A9 CPU...