There is a saying that the best things in life are always simple. This certainly goes true for computer games – we have seen numerous games fail simply because they were too complex to play, killing all fun. This unfortunate event will surely not happen to a new free app on Google Play called Finger Dodge – and it may as well be a prime example why simple things are always good.

Finger Dodge is one of the simplest games we have seen on Google Play so far but it surely comes with tons of fun. The app takes you to a virtual playground where you command and move a blue circle. The goal is to avoid the moving red circles that are around you because they will kill your blue circle. The actual gameplay is simple – all you need to do is slide your finger on the display of your Android device and this is it. The game also offers power-ups that you can pick while playing but with time passing by the deadly red circles will become more and more. Eventually they will catch you so the game turns into a game of survival. You will die sooner or later so the time that you have survived is the only thing that counts.

The simplicity of Finger Dodge is great but due to it the game does not offer any fancy graphics and the like. Instead you will be playing and surviving in a 2D world only but this is not necessarily a bad thing as the game features futuristic graphics and when you die you will witness a very beautiful explosion… of the former you.

All in all Finger Dodge is a great game – it does not ask a lot from you or your Android hardware while offering some great gameplay. The app will surely bring fun to you, and for free at that, so you can try it right now – you won’t lose anything!

Bose has introduced the SoundLink™ wireless music system, a one-piece portable speaker system that allows users to play music from their computer -- wirelessly -- in and around the home. The new SoundLink™ system was designed as a simple solution for people who listen to music stored on their... 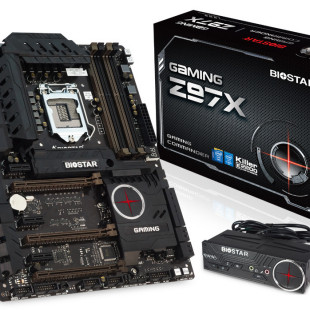