Guncat is an Android game that has it all for the casual player – the app isn’t that large and it does not require powerful hardware and yet it delivers in virtually any gaming aspect. In addition the gameplay is simple and fun and we won’t be that surprised if Guncat turns out to be a new hit on Google Play.

The game offers the story of a nice pussy cat that is sleeping on a rock. Everything is fine except one thing – there are hundreds of obnoxious birds around the cat that make fun of it and what’s even worse – they won’t let her sleep. So the cat, which we command, gets really, really angry, pulls a gun out and the show begins!

The gameplay is as simple as the story – the main goal behind the game is to shoot as many birds as possible, since this brings you points. As with nearly every game, though, things aren’t as simple – you are given limited ammo so be careful when shooting. Moreover most of the birds you shoot will either bring you a coin, a box full of coins or more ammo. You need the coins in order to customize the cat, get more ammo or even get better and bigger guns. The streak of bad news does not end here, though – every once in a while there are black crows among all other birds that you will see – do not shoot these ones as they explode and instantly kill you! Moreover since you have limited ammo you have to shoot carefully or you will soon find yourself with no ammunition, so the game ends here.

As you can see despite the simple story and the seemingly simple gameplay Guncat has depth and this is a nice thing. We also have to say a few good words about the graphics as well – the game features 2D graphics only but they are really beautiful and nice and we really like them. In addition we saw the Unreal engine logo somewhere so the graphics engine may feature some Unreal features and if so, this is another plus for Guncat.

All in all Guncat is a game that we really liked. The app is simple, it does not require much but it delivers and if you download and play this free Android game we can assure you – you will have fun!

Guncat is here on Google Play.

The popular MMORPG EVE Online is about to start a new experiment in partnership with NVIDIA where you could buy a GeForce GTX 560 video card with in-game money. This move comes in stark contrast with such practices so far – namely buying in-game items with real money. In order to... 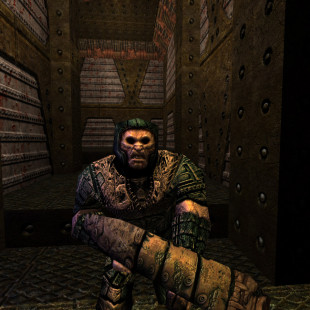 The Evolution of Graphics in PC Games

The PC game industry has come a very long way especially in terms of graphics. We just can’t imagine what will happen in the next twenty years of developing extremely fast video hardware and sensational views. Sometime ago in the beginning of the 1990’s, the PC graphics were very simple and...

The arrival of Nokia’s Lumia 1020 smartphone will soon be followed by a new model. The Finnish company will soon introduce the Lumia 625 – a smartphone with a large display that will run Windows Phone 8. According to the available preliminary information the Lumia 625 will...