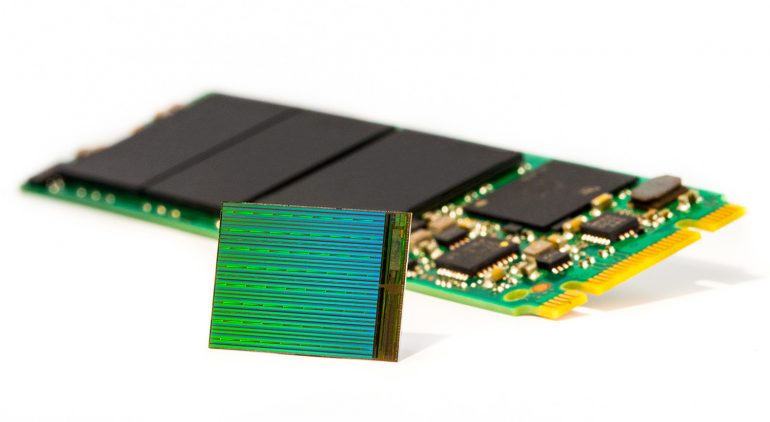 The US memory maker Micron and the US chip maker Intel have jointly demonstrated their brand new 3D NAND flash memory – a technological feat that is said to bring a number of new features and improvements to this type of memory.

“Micron and Intel’s collaboration has created an industry-leading solid-state storage technology that offers high density, performance and efficiency and is unmatched by any flash today,” said Brian Shirley, vice president of Memory Technology and Solutions at Micron Technology. “This 3D NAND technology has the potential to create fundamental market shifts. The depth of the impact that flash has had to date – from smartphones to flash-optimized supercomputing – is really just scratching the surface of what’s possible.”

The new 3D NAND flash memory stacks memory cells vertically in 32 layers and allows the creation of 256 Gb multilevel cell (MLC) and 384 Gb triple-level cell (TLC) dies that fit in standard packages. By using the new technology SSD makers, for example, will be able to create gum stick-sized SSDs with capacities of 3.5 TB, while standard 2.5-inch SSDs will be able to reach capacities beyond 10 TB. In addition the new technology will reduce the cost per GB, allow much lower power usage and increase the longevity of solid-state drives.

Full production of the new flash memory is expected in Q4 2015. Until then the new 3D NAND flash memory will undergo final testing.