Jelly King: Rule the World is a long name for a game that seems simple at first glance. But is it really? Not quite we would say.

Jelly King: Rule the World is a game that puts you in command of a funny looking creature that jumps around and has the ambition to rule the world, hence the name. Basically this app is an arcade game where you have to take your Jelly to the exit, collect items, avoid the bad guys, complete 100+ levels and finally beat the game or rule the world as in this case. Of course things are not as easy as they might seem – there are obstacles within each level such as spikes so be careful not to land on one of them. Furthermore you can fall in traps and holes and “die” so to say but one peculiarity of the game is that Jelly comes with an unlimited number of lives. The game also has a really large number of levels and an in-game store that works with in-game money, which happens to be valuable shards. So this store sells boosters and one of them even lets you skip a level if you find it to be too hard.

Jelly King: Rule the World does have one major drawback, though – the game taxes your hardware to the maximum. Although the app is not a large one and does not come with fancy 3D graphics or other effects the game runs choppy and you can feel how the app slows down so that your processor can calculate what’s going on on the screen. Strange.

All in all Jelly King: Rule the World is a nice app that can keep you occupied for hours to come. The game is also free so we can’t complain that much for sure.

Jelly King: Rule the World is here on Google Play.

If you often carry around your lovely gaming console, you better check this one now, the new GAEMS G155 mobile gaming system for Xbox360 and PS3 which will allow you to play your favorite games on the go. The G155 gaming system features lightweight, rugged design with straps and fitted foam... 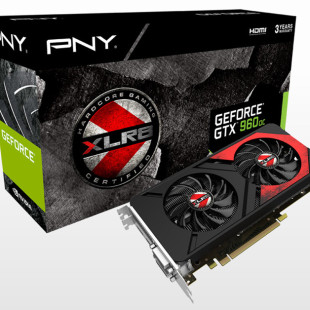 PNY has decided to refresh its GeForce line of graphics cards by releasing three new NVIDIA-based video solutions. Two of them feature GTX 960 GPUs, while the last card is a GeForce GTX 950 solution. All three models come factory-overclocked and promise excellent performance in modern 3D...