Mars Pop – Bubble Shooter is another game that we found in the New and Updated section of Google Play. Just like in many other occasions the app says a lot about itself in the title but there’s more to it as well.

As you probably imagine by now the game is a regular bubble shooter game, this time located in space somewhere in the near future when mankind has access to Mars and advanced robots. You are given a bubble gun and you shoot colorful bubbles, trying to match the color of the bubble you will shoot with other bubbles that sit on top of your display. When you match at least three of the same color, they disappear and new ones come. Sounds familiar, doesn’t it?

Well, Mars Pop – Bubble Shooter builds on this gameplay. The game allows you to play against other people around the world in real time. The loser is the person who fails the level you are playing at the same time – this happens when the bubbles touch the ground despite all efforts to clear them. The opponent selection is made in real time and with no input on your side so you won’t have to do a thing to find someone to play with. In addition you can see your opponent’s display in real time to see how they are doing. Finally you can compete in global tournaments and increase your ranking nationally and globally and even win amazing rewards! As to the graphics and sound the game is in 2D only but it offers nice colorful graphics and great sound so it does not disappoint in these fields.

All in all Mars Pop – Bubble Shooter is a nice game – it adds more content and more features to the genre and tosses in some more addictive gameplay. So if this is your favorite genre, then go for this game – you will not be disappointed!

Free NBA JAM With All New Copies of NBA ELITE 11

Electronic Arts announced today that NBA JAM's three game modes Play Now, Classic Campaign and Online are going to be features along with the game in all new copies of NBA ELITE 11 with a one-time download code. NBA ELITE 11 is expected to revolutionize the basketball simulation games genre... 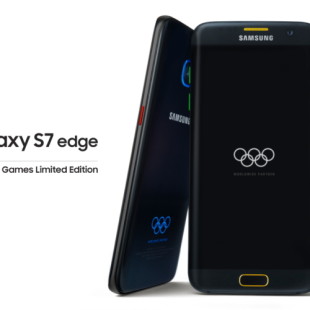 Samsung has updated its Galaxy S7 lineup with a new model that is dedicated to the 2016 Summer Olympics that will take place next month in Brazil. The device is called Galaxy S7 Edge Olympic Games Limited Edition and targets sports fans. It is worth noting that all participants in the Olympic...