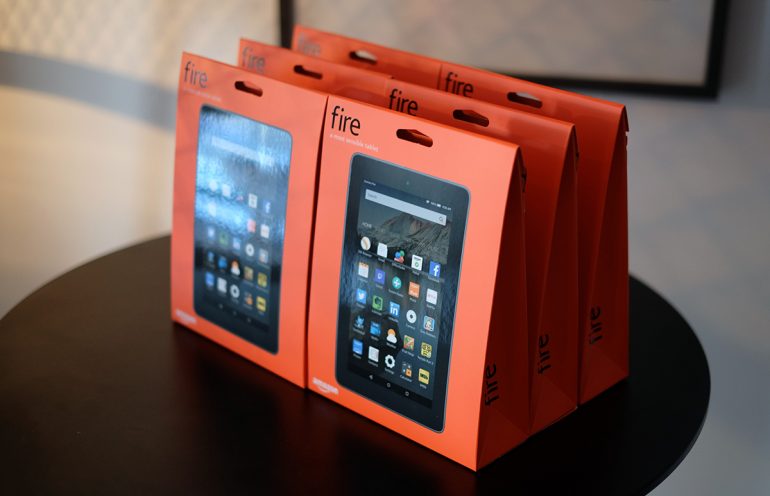 A few years ago Amazon experienced major success with its Kindle Fire tablets and perhaps in a bid to repeat this experience the company has announced no less than four new tablets called Fire, Fire HD 8, Fire HD 10 and Fire Kids Edition.

We’ll start with the entry-level Fire and Fire Kids Edition tablets. There are no differences between the two models except that the Fire Kids Edition comes with a special shell that is supposed to protect it from accidents caused by careless children. The Amazon Fire (and hence the Amazon Fire Kids Edition) comes with a 7-inch IPS display that works at 1024 x 600 pixels, presumably a MediaTek MT8127 processor with four cores, 1 GB of RAM and 8 GB of internal memory. The device also has a microSD card slot for expansion (up to 128 GB), a 0.3 MP front camera and a 2 MP rear one and a battery that has enough power for 7-hour video watching sessions and various sensors including Wi-Fi. The tablet measures 191 x 115 x 10.6 mm and weighs 313 grams. Due to the protective shell the dimensions of the Fire Kids Edition differ – this one measures 219 x 138 x 25.5 mm and weighs 405 grams. 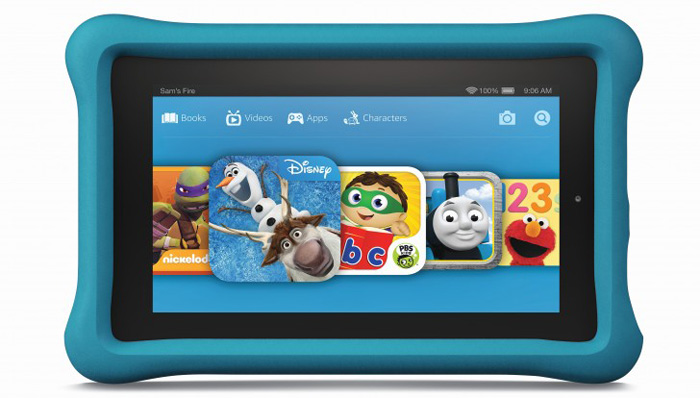 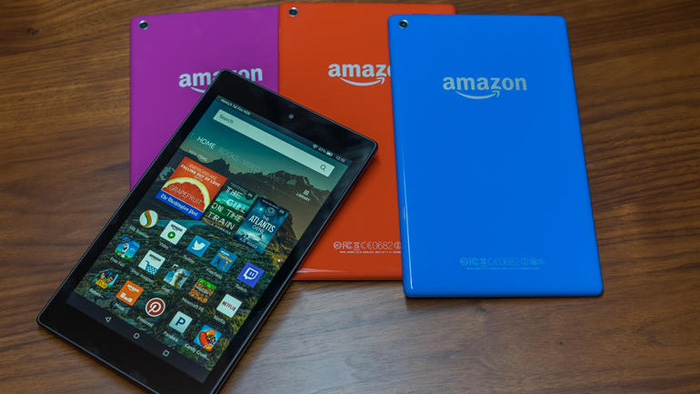 All new Amazon tablets run Fire OS 5, which is based on Android 5.0 Lollipop.