If you look at the name of the game you might think that this is another action-oriented 1 vs 1 game but Mini Warriors is something different. It is a strategy game and not an action-oriented one although you will be engaging into battles. The game takes you to a fantasy world where you have to defend a kingdom from invaders and to do that you will have to recruit various “heroes”, with each one of them having different abilities. After a few battles you will recruit new heroes and upgrade the existing ones and this is where the strategy lies. As to the battles themselves – you will be disappointed somewhat – you do not get to command your troops in person – instead everything is done automatically and it seems that the overall power of the army is the key to victory. The overall power is controlled by the number of your heroes and how you upgrade them and this is the reason why we say that Mini Warriors is a strategy game rather than something else.

Apart from all this Mini Warriors will not surprise you with anything. The graphics are nice but they are 2D only and the sound is also okay. We should also say that there are large numbers of heroes and numerous levels and battles to complete so if you like this game there will be a lot to do. But if you want a game that lets you command troops then Mini Warriors is not for you.

Mini Warriors, which by the way is a free game, sits right here on Google Play.

AT&T-based sources have officially confirmed that the iPhone 5 will be available with this carrier on the third or fourth week of September. The official announcement of the iPhone 5 is expected to occur on September 12 with commercial volumes becoming available later in... 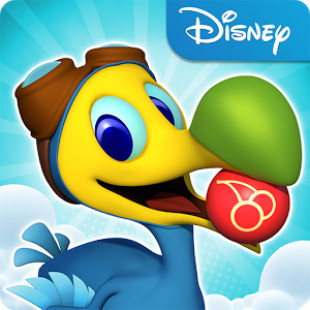 The game Dodo Pop combines two things – dodo birds, that cannot fly, and popping items. While this may seem like an entirely new game, or even genre, it is not - Dodo Pop is another matching game. This free Android app comes with some new features, however. First the game has incorporated 3D...

Sony’s flagship smartphone – the Xperia S – will get a new color, the company has announced. Available until now in white and black, the handset will also be available in “Dark Silver” soon. Sony did not specify a release date however; instead the company said the new handset...