OCZ Technology officially announced that its next generation SSD controller is in an advanced development stage and should see the light of day in August or September this year. The company says the new Barefoot 3 controller will bring higher performance to all company SSDs.

“We have recently gave out our next generation Indilinx Barefoot 3 controller [to production] and expect to receive sample silicon back from our foundry partner TSMC in coming weeks. We expect to begin sampling SSDs on this controller in the August to September timeframe. We expect to have SSD sales related to Barefoot 3 in the third fiscal quarter,” said Ryan Petersen, chief executive officer of OCZ, during a conference call with financial analysts. 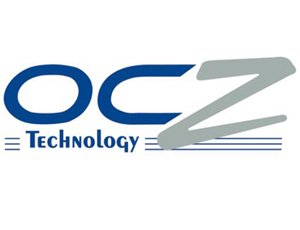 The secret to the higher performance is the new internally designed 32-bit Aragon processor that works at 400 MHz. The Aragon core supports a SSD specific RISC instruction set, allowing most instructions and branches to be executed in a single cycle, OCZ claims. The chip is set to be made using 65 nm process technology at Taiwan Semiconductor Manufacturing Co. OCZ believes that the new Barefoot 3 SoC will significantly boost performance of its SSDs.

“Initial specifications indicate that Barefoot 3 will support a significant performance increase over our current products and as its primary IT blocks are now licensed from a third party, it provides additional incremental cost benefits to OCZ,” noted Mr. Petersen.

What’s even better for the company is that the new Barefoot 3 controller is expected to cut costs, which means cheaper and faster SSDs than ever.