Origami Challenge is a free Android game that tests your brain rather than your shooting skills. This is a good thing – after all we have brains for a purpose and besides that shooting becomes boring after some time.

So what is Origami Challenge? In case you are not familiar with the “origami” word we will tell you that “origami” is the art of paper folding, which originated in Japan. So you will be folding virtual paper in this game, which makes it environmentally friendly since we will not be cutting trees to have fun. Basically what Origami Challenge does is that it gives you a number of levels where you must fold a piece of paper in a desired form – once you are done you finish the level successfully and you advance to the next one.

Things may sound simple but they are not – some levels are really hard and require some thinking. Origami Challenge is a game that thinks of the player, though – the game is not so hard as to make you desperate and you are given an unlimited number of “Back” moves so you can fix any mistake you have made. In addition there isn’t a timer so you can think as long as you want. The fact that the game does not seek precision in the folding, unlike other such games, is another nice fact. The only thing we did not get in this game was the scoring algorithm – we always got what seems to be a random number for points but quite honestly the score does not matter here so just go ahead and solve the next level.

Apart from this Origami Challenge does not bring any other fancy features like 3D graphics and the like but in reality you don’t need them. The game is as good as it gets and it is really something nice so you should try it when you have the time.

Construction City – build it if you can

Construction City is a free game for Android-based devices that offers amazingly addictive and interesting game play that will keep you in front of your device for a long time so it is not surprising that this app has been climbing Google Play for some time now. The game... 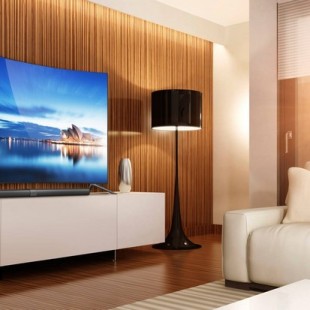 The smartphone maker Xiaomi has surprised everyone by announcing a new high-end TV set that is known as Mi TV 3S. The device is also curved, which makes it even more interesting and also the first Xiaomi TV set with a curved display. So the Mi TV 3S comes with a 65-inch display that works at...