Pixel Super Heroes is a game that is for all the people who like runner games. Here you will be doing just that and then more.

The game comes with gameplay that we have seen before – you assume the role of some dude who runs and runs and runs and you have to command him by touching the screen of your Android device. This will make the dude jump and by doing this you can collect gold coins, avoid obstacles and jump across gaps. If you encounter an enemy all you have to do is just go through them and they will get killed. So you have to go as far as possible and if you do, you will rescue more super heroes that have some problems with the bad guys at the moment. This is what the game is all about and like we said before – it is nothing that we haven’t seen before.

In the graphics department Pixel Super Heroes is a pixelated game but you can see this in the name of the game so nothing surprising here. Even then the visuals seem outdated but apparently the developers of the game think that this is something cool. We will have to live with this. The sound effects are okay.

Pixel Super Heroes is a classic runner game with 2D pixelated graphics and okay sound effects as well as gameplay that we have seen before. This makes the game an average one but if you are a fan of the genre, try it – something that is also true for the average Google Play fan – because you may have fun with it. 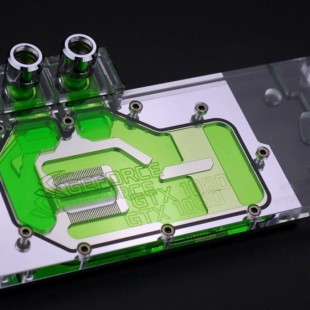 Although there are two weeks left until the official launch of the GeForce GTX 1080 video card, it keeps on getting more and more attention. While many graphics card makers have announced their GTX 1080 versions, there’s one other company that has done something else. Instead of working on a GTX...

The upcoming CES 2014 will become the place where numerous new technologies will be unveiled. According to the latest information this will also hold true for Samsung, which will debut its next generation Exynos processors at the upcoming tech exhibition. Unfortunately there is virtually...