Shapist, as the name of the game and the avatar suggest, is a puzzle game for all the fans of this genre. The app comes with challenging levels so your brain will be in for some good exercise.

The game, however, does not come with a tutorial so at first you will wonder what to do. It should not take you a long time to find out – there are a few figures inside a rectangle. You must arrange the figures in such a way as to see the sign that is written inside the rectangle. Do this, touch the sign and you will be able to go to the next level. There’s a steep difficulty progression in Shapist but this is good news – after all there must be a challenge, right?

Shapist is also a nice example for a game that combines 2D visuals with 3D graphics. The app comes with two-dimensional visuals in the levels but when you move from one level to another the game will surprise you with nice 3D graphics. The sound effects inside the app are very simple, though, which makes it a bit simple on the outside and the fact that the game does not have a tutorial just adds to this impression.

All in all, however, Shapist is a nice puzzle game that we can recommend to all fans of the genre. The app is free and fun to play and even people who want to have a challenge should download and enjoy this game. Good job here!

Shapist is here on Google Play.

Just a month after the launch of its gaming Leetgion brand name, the company Thermalright now launches its first laser gaming mouse under the Hellion model name. According to Thermalright the novelty is the world’s first gaming mouse that uses mechanical keys with the side buttons being Cherry... 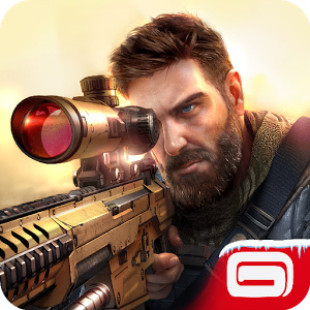 Sniper Fury is not a game that will keep you guessing what it is all about – everything is written in title of the app. This game is designed for grown-ups since it features intense action, multiple killings and blood so this is where the PEGI 16 rating comes from. In a few words, this game is...