The PlayStation 4 will bet on a minimalist design and will come in a chassis that will include shiny and matte plastics. The PS4 will be based on an eight-core AMD chip with AMD Radeon graphics core that will reach 1.84 TFLOPS of processing power. In addition the gaming console will offer 8 GB of GDDR5 memory used as RAM, a 6x Blu-Ray drive, Gigabit Ethernet, 802.11n Wi-Fi, USB 3.0, HDMI and Bluetooth 2.1. As to storage the PS4 will offer a 500 GB hard drive.

A major selling point for the PlayStation 4 will be its full integration with social networks such as Facebook and others. Moreover the gaming console will offer integration with the PlayStation Vita that will allow the gamer to play PS4 games on the portable PS Vita device. The new Sony device offers PlayStation App too – an application that turns the displays of various Android and iOS devices into PS4 gaming displays.

Gaming will also be changed by the all new DualShock gaming controller – the device will offer sensor navigation, a microUSB port, a touch panel, vibration motors, a mono speaker and a LED display with variable colors. Another new feature of the Dualshock 4 is the presence of a button known as Share – it allows the user to share videos and screenshots. Next to it we have an integrated three-axis gyroscope, a three-axis accelerometer and a 1000 mAh battery. Finally Sony has said the PS4 will not introduce restrictions related to used games and no requirement to check online connections every 24 hours.

The Sony PlayStation 4 will cost USD 399. 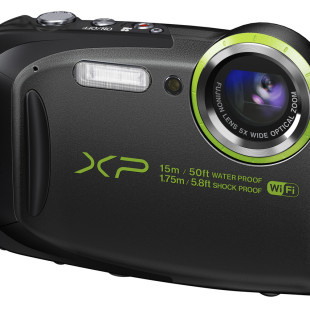 Gadgets such as smartphones, tablets, notebooks and digital cameras are usually sensitive devices and you are strongly advised to not drop, hit, shake or otherwise disturb them. This, however, is not true for the new Fujifilm FinePix XP80 digital camera – it is a rugged device that allows you to... If  your are looking,  how to show your friends and all Internet community about your skills in Counter-Strike, Call Of Duty: Black Ops, Halo, Street Fighter or any other game, Roxio offers a handy hardware & software solution for you, that enables quickly capturing, editing , and posting...