Toshiba Corporation announced that it has signed a partnership agreement with Louvre in order to light up one of the most popular museums in the world, the Louvre Museum. They will support lighting renovation in some of the most visited public spaces in the museum with its state of the art LED lighting and renovation costs. All of this is done under the agreement.

The Louvre is in the need of replacing the energy consuming xenon lighting with an environmentally friendly solution such as Toshiba’s LED lightning solutions, as one of the most popular museums in the world. Toshiba will use its leading products in the industry to deliver this with energy saving low-CO2 LED Lighting for the Pyramids that greets visitors as they approach the museum. This will be completed within the year 2011.

LED lighting can do so much more than just being a “mean” to brighten up public spaces and Toshiba understands this. The Louvre must assure that the lightning conserves the spirit of the museum as the home to some of the greatest art in the world.

Toshiba takes its new lighting system business to a new global level, with the initial promotions in France, Germany and the United Kingdom. Toshiba aims 350 billion sales in FY 2015. Their LED lamps have already been available at retailers in France since January, 2010.

The Taiwanese motherboard maker Gigabyte has demonstrated the latest generation of its popular Ultra Durable technology at the ongoing Computex 2012 tech exhibition. Ultra Durable is a technology, found in Gigabyte’s motherboards, that includes the usage of very high quality... 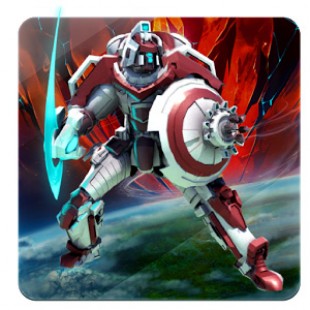 Tyrant Unleashed is a game for people who like battles and strategies. The app is for children aged at least around 10 years old and will appeal to fans of this genre only. The story behind Tyrant Unleashed is almost non-existent. All the action takes place in the distant future where you...