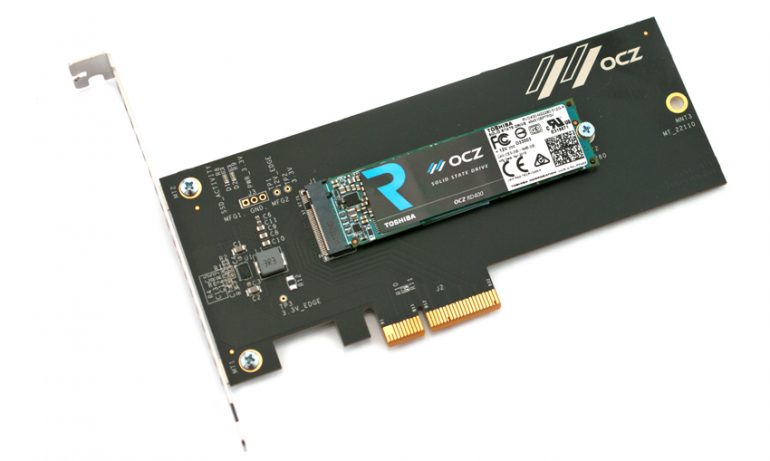 Toshiba has presented new solid-state drives that have been combined in a new SSD line called OCZ RD400 NVMe. This should not surprise you – a few months ago the struggling company OCZ was purchased by the Japanese corporation.

The new OCZ RD400 NVMe line includes M.2 SSDs that have been equipped with a PCI-E 3.0 x4 interface. The new line is targeted at gamers and hardware enthusiasts and as such it delivers excellent performance. In fact Toshiba considers the SSDs in the OCZ RD400 NVMe line to be the fastest the company has ever released. Speaking of speed, here’s some data – the read speed can go up to 2600 MB/sec, while the write speed can reach 1600 MB/sec. The solid-state drives also boast up to 210 000 IOPS when reading and up to 140 000 IOPS when writing. Based on 15 nm MLC NAND flash memory, the OCZ RD400 NVMe line includes models with 128 GB, 256 GB, 512 GB and 1 TB capacities. They can sustain up to 74 TB, 148 TB, 296 TB and 592 TB of written data in their lifetime, respectively. All SSDs in the line also feature a 5-year warranty.