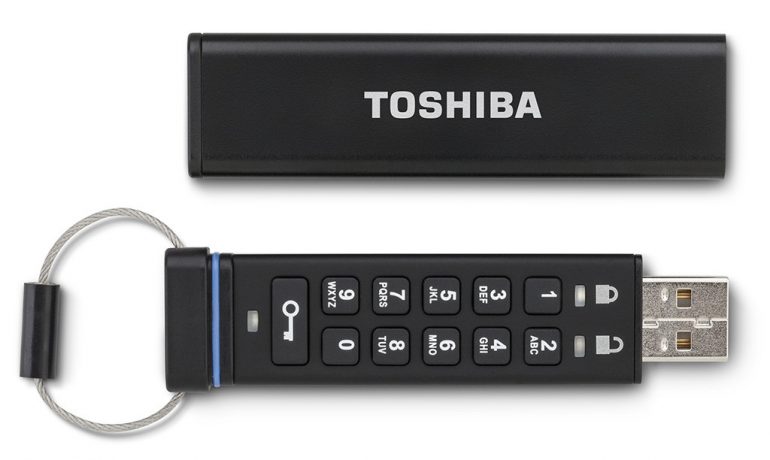 USB flash drives are a convenient way of having all your files with you at all times but they have numerous drawbacks with one of them being lack of protection. Once you write files onto a USB flash drive any other person can read them on any PC. This is clearly a problem for people who work with sensitive information yet they prefer to use USB flash drives.

To counter this problem Toshiba has introduced a new flash drive that comes with a clever way of offering extra data protection. The new device is called Toshiba Encrypted USB Flash Drive and its main feature is that it comes with a built-in mini keyboard that authenticates access. The keyboard is powered by an internal battery and users must enter a password before they can get to the files stored on this USB flash drive. Smart, isn’t it?

“There is a heightened sense of awareness that confidential content is at risk,” said Maciek Brzeski, Vice President of Branded Storage Products, Toshiba Digital Products Division. “Toshiba developed the Encrypted USB Flash Drive as a new way to provide portable data security with one of the highest encryption standards available on the market.”

Here’s a more detailed description of the way in which the device works – before usage users must enter the password that unlocks the content on the drive and then they can plug the flash drive in a USB 2.0 port. Strangely enough the new Toshiba gizmo seems to not support USB 3.0 but we attribute this fact to the increased level of security and the encryption that takes place. Yes, there is such a thing – once you unplug the flash drive from the USB port, the drive automatically encrypts the information inside and locks itself.