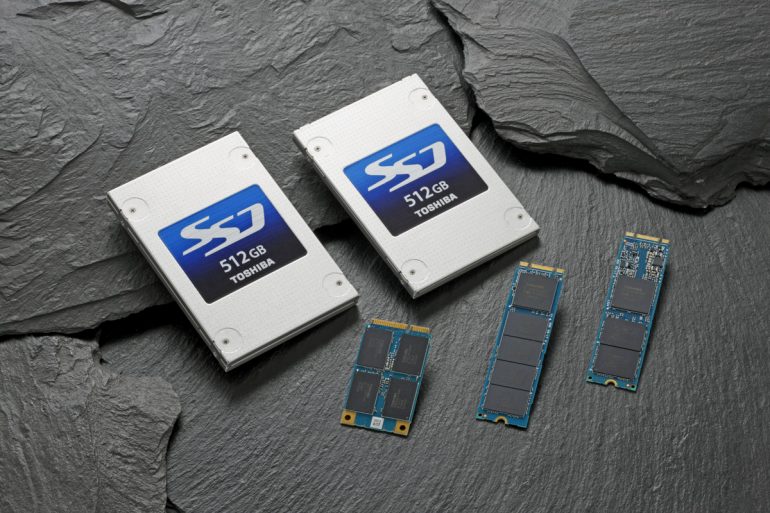 The world of SSDs has gotten new members with Toshiba releasing new client-oriented solid-state drives that belong to the company’s HG6 SSD line. The new drives have been designed for use in notebooks, workstations, servers and other similar computing devices.

The HG6 line covers all possible form factors and thus it comes in the familiar 2.5-inch form factor and offers a choice between mSATA and M.2 (single- and double-sided). The drives are based on 19 nm NAND flash memory and support the latest SATA 3.0 standard.

Here’s some data regarding performance – the Toshiba HG6 reaches 534 MB/sec of read speed and 482 MB/sec of write speed. As to capacities you will be able to choose among models with capacities of 60 GB, 128 GB, 256 GB and 512 GB, while the single-sided M.2-format drives come with capacities of 128 GB and 256 GB. Like most other SSDs the HG6 line also comes with encrypting technologies as well as automatic data destruction in case of need. The drives also feature MTBF of 1.5 million hours.

The pricing of the new HG6 line is not known at the moment.