Trials Frontier is not a game that hides its content from Google Play fans – the game says right from the very beginning that it is a racing app. Judging by the name as well, this is a stunts game too.

If you thought all this before downloading this app you would be right – Trials Frontier is all about racing on a motorcycle while performing insane stunts. The game, however, offers its content in an unusual way – first you will get to experience several quick levels that will act as a short tutorial and the beginning of the story behind the game and then all the things that you will get to experience will unfold in front of you. Basically you play as an unknown motorcycle racer who likes to explore unusual tracks in the wilderness. After suffering an accident you will start anew with an old motor bike. Race and complete various dangerous tracks, earn experience and then upgrade your bike with new parts that will allow you to race even faster and complete even more insane tracks. The game also allows you to play against friends online so the fun is guaranteed!

Maybe because Trials Frontier has something to do with the famous game studio Ubisoft, the game comes with simply gorgeous graphics. Everything is very colorful, beautiful and in 3D only, which is awesome. Moreover despite all these features the graphics are not taxing your hardware so even on older Android devices you will be able to enjoy all the visual candy Trials Frontier will give you. The sound inside the game is also great so you will not be let down here.

Trials Frontier is a great game in its genre. The only downside that we noticed is that there are too many games that offer exactly the same gameplay, which makes Trials Frontier a game that does not bring anything new. Yet, apart from this, Trials Frontier has every chance to become the best game in this genre not only because of its awesome graphics but also because of the nicely designed tracks you have to complete. So if you want a stunts game and you want the best such app you may have just found it!

Roccat Labs has announced a new gaming headset which promises a snug fit and comfort during your long gaming sessions. The Roccat Kulo is ultra lightweight, weighing in at just 178g, they have flexible,  metal-reinforced padded headband, which offers eight levels of height adjustment and... 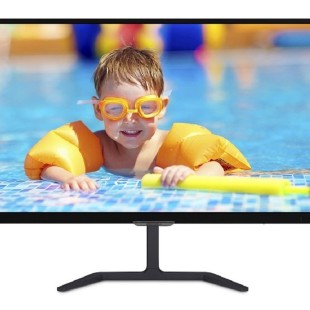 Philips has announced one more monitor after the BDM4350UC 4K model, which came into existence about two weeks ago. This time the company aims a little bit lower than before – the new monitor is called 246E7QDS and comes with a smaller 23.6-inch display but features PLS technology inside. The...

MSI, the world's leading mainboard manufacturer, announced its most affordable one of X58 mainboard, X58 Pro. It offers an innovatively new architecture that adopts the latest Intel® X58 Express chipset that supports the latest Intel® Core i7 processor, along with ultra-high bandwidth QPI (Quick...