Triple Town is a puzzle game that you can find on our favorite Google Play web store. The app, as you can see, is for all the people who like to test their brains when they have some free time.

Triple Town is, however, not a game that we have not seen before so do not expect to see miracles here. The story behind the game is simple – you are tasked with creating the most majestic city in the Kingdom so you have to carefully select spots where to place objects in order to create and build the city. The objects in question are interesting – they are bushes, trees, etc. Combine three bushes to create a tree, combine three trees to create a house and so on. Things are not so easy, as expected – sometimes you will get bears that will wander the place where you are building your city so they will interfere with the building process and this is bad. So you have to trap them by placing objects around them and when you do, they die and leave a tombstone. Eventually all the spots available for building will be taken and this is when the game ends giving you a final score. This is actually the main idea behind the game – get the best possible score and then move to the next area for building a city.

Triple Town is nothing special in the visual and sound departments, like most other Android games, but what you get (for free at that) is decent and will do. The app has nice and colorful 2D visuals and decent sound effects but we doubt this is the main thing you will be looking for in this game – after all the puzzle that you have to solve is much more interesting than the visuals.

Triple Town is a nice puzzle game that will test your brain power. The game does not require much from your Android device and this is nice and in return gives you great gameplay and nice visuals and sound effects. We think the deal is fair. What about you?

Motorola has prepared a new smartphone that runs Android 4.0 and sports an Intel Medfield processor on board according to news and images that have leaked on the Net. According to pictures, courtesy of Pocketnow, the new device has many hardware details appearing like the DROID RAZR and the... 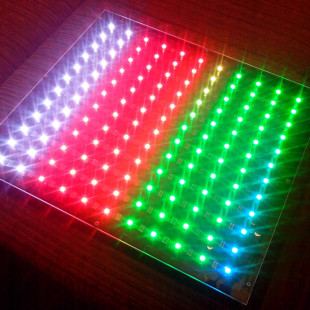 The US maker of computer memory and other PC accessories Corsair has announced the release of the new Mouseroost mouse pad. The new device comes with LED effects and other features that gamers might find to be really nice. The Mouseroost is completely compatible with all other Corsair devices...

If you are looking for a new all-in-one PC that packs energy saving technologies and power while requiring less space you may have come to the right place. Here’s something for you – HP’s brand new Compaq Elite 8300 AIO. Apart from the ad sounding introduction HP has really prepared a...