Official Bluetooth Headset for the PLAYSTATION 3

This headset will be offered in one retail version of SOCOM: U.S. Navy SEALs Confrontation this October, as well as a standalone peripheral this fall. It features a prominent Mute button and a Charging Cradle. It will work with not only your PS3 but with Bluetooth enabled cell phones. But this is information that you already know about. Today we want to talk about some really cool features of this Headset that we have been working on behind the scenes. These features will be unlocked by the PS3 through a firmware update that is scheduled for this fall. 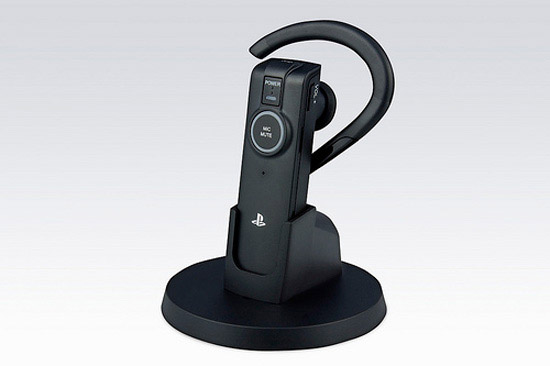 SCEA was one of the first companies to popularize VoIP technology within a console videogame through SOCOM: U.S. Navy SEALs for PS2. As you can see, we have made a great effort to expand on this legacy and develop the most compelling headset for the PS3 community. We are really excited to bring it to market this fall with the SOCOM: Confrontation bundle ($59.99 MSRP) and as a standalone peripheral ($49.99 MSRP).