Big news for the fans of Diablo III, Blizzard Entertainment CEO Mike Morhaime has announced during the Activision Blizzard Q1 2011 Financial Results conference, that the external beta testing of third installment of the action, role-playing game is expected to begin in the third quarter of 2011.

Mike Morhaime also added that the development team is working hard, to ensure the final version of the game will be ready before the end of the year.

Yeah this year, but don’t start doing irrational things, as usual, the Blizzard’s CEO also said “I want to be clear that we do not have an official release date or window yet. As always we will not compromise the quality of the game in order to hit a window.”

CTA Digital outs a new arming offers for shooting game lovers, who demand more accurate and realistic feel of the game. The new weaponry include an assault styled gun and a retro feeling firearm for PlayStation Move. The first is the "heavy artillery" Submachine Gun, which features a...

Archos announced a new version of its 7-inch Archos 70 Internet Tablet model, which they claims is the first android tablet with a 250GB HDD storage. Powered by an ARM Cortex A8 1GHz processor and running Android 2.2, the tablet comes with overmoulded stainless steel structure with measures of ... 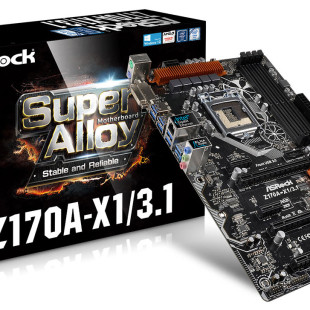 The Taiwanese motherboard maker ASRock has announced one more motherboard, designed for use with Intel’s latest Skylake processors. The board is called Z170A-X1/3.1 and as you can see from the name, it comes with the high-end Z170 chipset and support for USB 3.1. The new board features the...