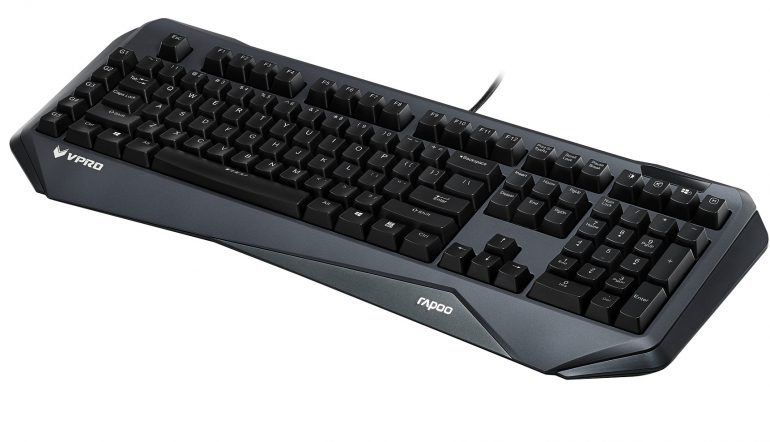 Rapoo is a company that makes various computer peripherals that include gaming hardware too. Since summer vacation months are coming the company has decided to remind gamers of itself by releasing the new VPRO V800 mechanical gaming keyboard that also comes with LED lights for cool looks in dark areas.

The new V800 comes with ultra-durable yellow Kailh switches that are made by Kaihua Electronics. The switches are so durable they can sustain 60 million presses with no problems. In addition they offer a 2 mm activation point and 50 g of operating force and this means gamers will be getting a keyboard with ultra-fast response speed. Featuring a matt coating the V800 is made of high quality materials and meets the highest standards. The keyboard has an anti-fingerprint layer on top of it and supports five macro keys, five user profiles that sit in the on-board 2 MB of memory and a special Gaming Mode button that automatically deactivates the Windows function keys so you won’t find yourself in the Windows desktop amidst an intense battle. In addition all the keys on the V800 are backlit and users can adjust the brightness via special buttons. If this is impossible or unwanted the keyboard offers the special Breathing mode that allows the V800 to control the light intensity on its own.

The impressive features of the Rapoo V800 do not end here, however. The new gaming keyboard houses a 60 MHz 32-bit ARM Core processor and 109 of the 113 keyboard keys are individually programmable, including with self-recorded and precisely-timed macros. The rest of the features include a sturdy keyboard chassis, better keyboard stability thanks to revised fold-out keyboard legs with a rubberized coating and a 2 m long USB braided cable. The keyboard measures 506 x 180 x 40 mm and weighs 1510 grams.