Razer today revealed a new headset for gamers which they claims is “the world’s first true 7.1 surround sound gaming headset” which will offer “true-to-life” pinpoint positional gaming audio with its ten drivers.

Promising tactical advantages against your enemies, the Razer Tiamat 7.1 features sturdy construction, padded leatherette ear cups with interchangeable ear cup covers and replaceable soft-touch leatherette ear cushions. The headset is equipped with 5 drivers in each – 2 30mm. CCAW Voice Coil drivers, 2 20mm drivers and one sub woofer boosted by 40mm. Ti coated diaphragm driver. Tiamat 7.1 also comes with retractable, noise-filtering unidirectional microphone, braided fibre cable and a control unit which allows you to control every audio channel’s volume and positioning, and bass depth, as well as to toggle between 7.1 surround sound,  2.0 stereo and external speakers if you have connected. 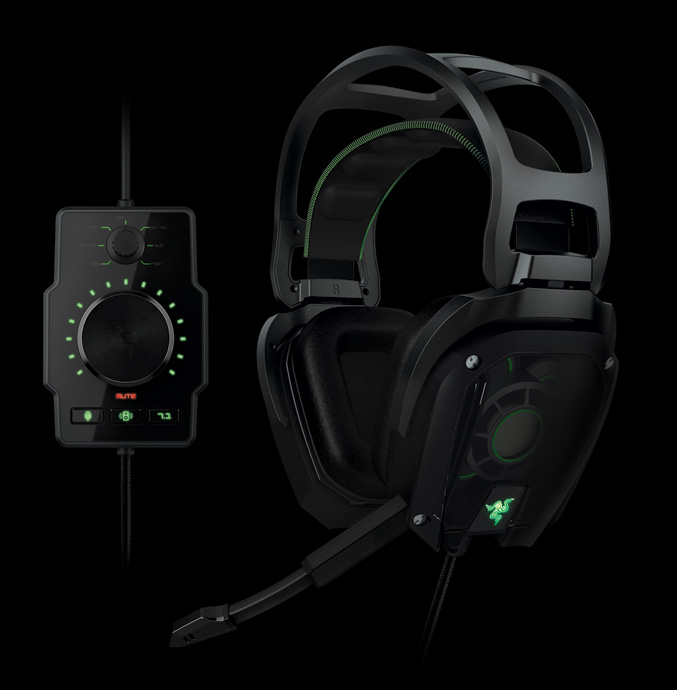 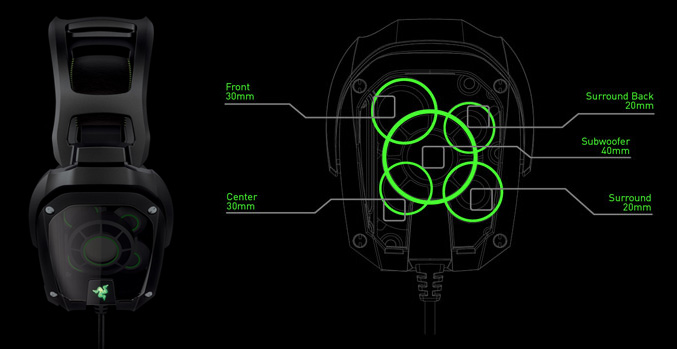