The US gaming studio Valve has revealed its latest product – an operating system that has been specifically designed for video games and the online game distribution platform Steam in particular. The new SteamOS now comes with a number of enhancements that do not exist on other platforms including improved GPU performance, in home streaming and more.

“As we have been working on bringing Steam to the living room, we have come to the conclusion that the environment best suited to delivering value to customers is an operating system built around Steam itself. SteamOS combines the rock-solid architecture of Linux with a gaming experience built for the big screen,” Valve said in a statement.

The Valve OS is capable of running on any living room machine and provides access to games and user-generated content. Some of its functions include streaming of video games over a home network straight to TV, individual progress in games saved in the Steam cloud and more. With time SteamOS will also gain compatibility with TV, music and video distribution services. In addition many game developers have already embraced SteamOS, Valve has said. 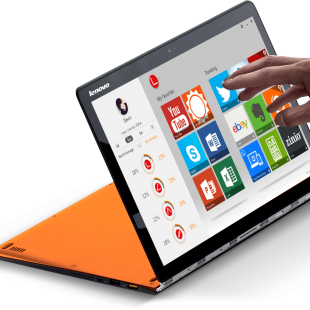 Motorola, Inc. , the world leader in Bluetooth headsets, unveils Motorola Endeavor HX1, the first headset to combine Motorola’s CrystalTalk™ noise cancellation technology with a stealth mode so you can hear and be heard in the fiercest environments. When the stealth mode is activated, true bone...

Yesterday AMD officially unveiled its Fusion platform and today Acer rolls out its first notebooks based on this platform - the Acer Aspire 5253 and 4253. The Aspire x253 series is powered by the new AMD E-Series Accelerated Processing Unit (APU) and the VISION Engine from AMD,  and they are...